Children say, “Aide Chambalala” (we have come back) & mothers reply “ille, ille” (good to see you today) during the festival of Fiche Chambalala.

Fichee-Chambalaalla marks the New Year in Ethiopia’s Sidama people's distinctive calender. The New Year celebration is imbued with festive and colorful cultural rituals of welcoming the New Year. Fiche-Chambalala was Inscribed in 2015 on the Representative List of the Intangible Cultural Heritage of Humanity.

“Fichee-Chambalaalla is a New Year festival celebrated among the Sidama people. According to the oral tradition, Fichee commemorates a Sidama woman who visited her parents and relatives once a year after her marriage, bringing buurisame, a meal prepared from false banana, milk, and butter, which was shared with neighbors. Fichee has since become a unifying symbol of the Sidama people,” UNESCO describes the heritage.

Basically marking the herald of spring at least by a month beforehand, the basis for such unique local New Year’s Day determination and celebration is the Sidama calendar. The calendar is devised by the observation, study, and analysis of the selected knowledgeable and highly respected group of people who are actively involved in a profound study of the solar system. 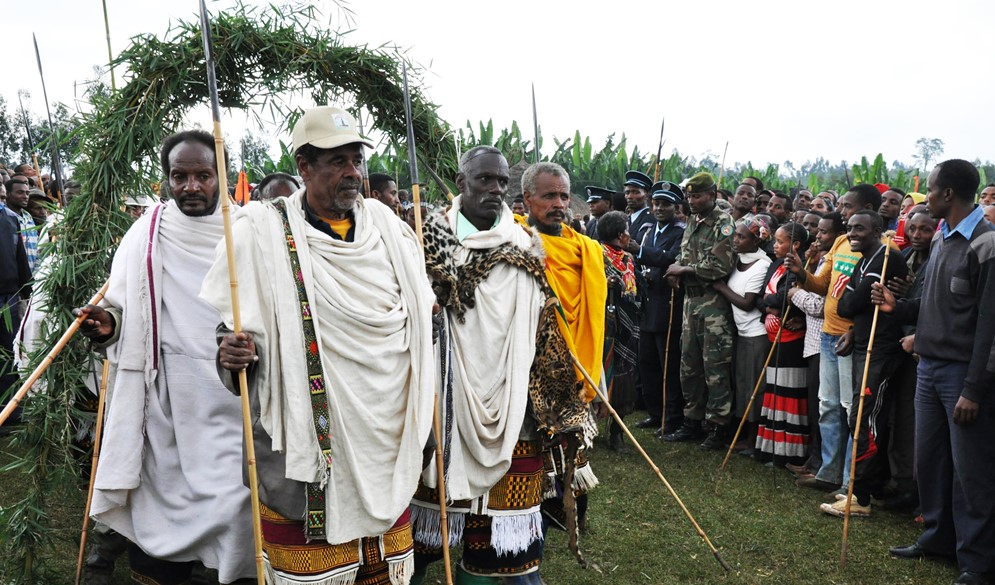 According to the information obtained from the Sidama Regional Culture and Tourism Bureau, Sidama’s New Year Festival is one of the intangible cultural events that have been passed down from generation to generation in Ethiopia.

Sidama elders called "Ayanto" are the ones who set the exact day of both the termination of the old year and the beginning of the New Year, according to Abebe Tafesse, Public Relations Directorate Director of the Regional State’s Culture, Tourism and Sports Bureau.

As the time of the New Year approaches, "Fiche"  is officially announced to the public a week in advance after the “Ayanto” determine the New Year’s day or Chambalala.

About a month before Chambalala, the Ayanto hold a meeting to choose leaders to pray for the coming year. These chosen elders isolate themselves and fast, cleansing themselves so they can foresee what the coming year holds for the people. It is believed that these elders can foresee if the New Year comes with good weather and peace.

The Ayanto look up to the sky (the stars) and down to the earth (goat’s cecum), searching for the wisdom nature provides.

They slaughter a young goat and read aloud the wisdom of their forefathers, predicting what will happen in Sidama in the coming New Year. An intense look into the cecum (a poach considered the beginning of the large intestine) of the goat is believed to reveal the future to the elders.

Apart from the goat’s intestine, the elders also consult the stars. They carry out an intense observation and analysis of the solar system performing individual or group gazings for several hours a day or at least four to six days per month before the new year day is determined based on their final findings. Their findings help them not only to decide the day of the Fiche but also to predict the good and bad the coming year holds, the way the goat’s cecum does. 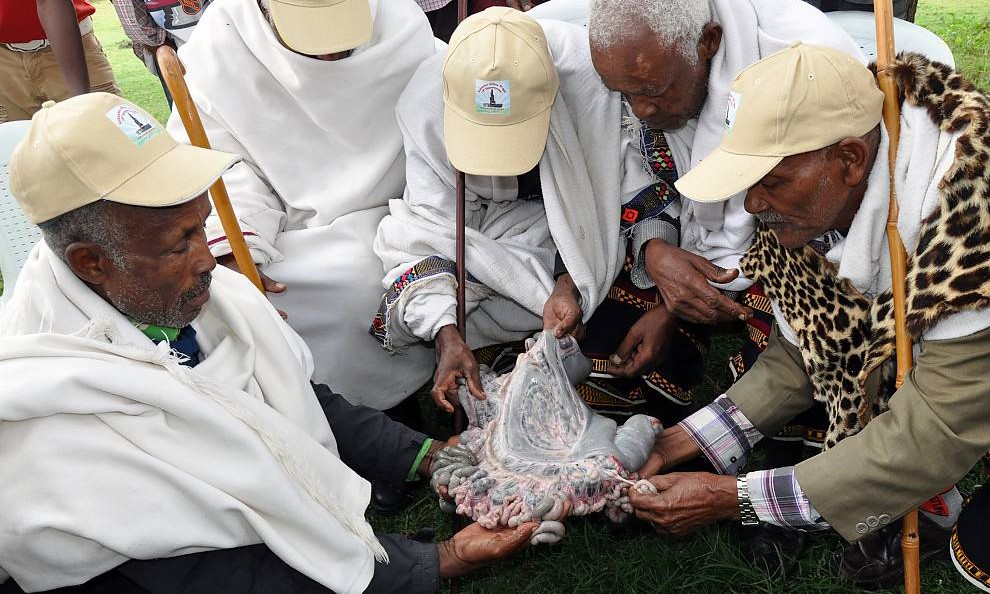 This foreseeing helps the Ayanto to draw precautions for their people. This goes on for a month until they reach Fiche.

For 30 days, the Ayanto pray that the coming year will be a year of peace, good weather and harvest, blessings, happiness, and good health for the people and cattle.

The administrative structure of the Sidama known as Luwa is led by elders called Ayanto. The Ayanto are selected from all clans in Sidama. The Sidama people are comprised of fourteen clans; each clan having its own leader called Woma. After the solar system observations by the Ayanto are finished, the Luwa informs the results to the Woma. The Woma, the clan leaders, in their turn reveal the date of Fiche as well as the prophecies for the new year to their respective clans.

After the announcement of the day of Sidama’s New Year, the people’s spiritual leaders (Ayanto) conclude their prayers a week before the end of Fiche.

When the day of the Fiche is determined, women start preparing butter, milk, and spices for dishes of the occasion. Young boys help their families by gathering firewood whereas young ladies help their mothers and neighbors with chores. 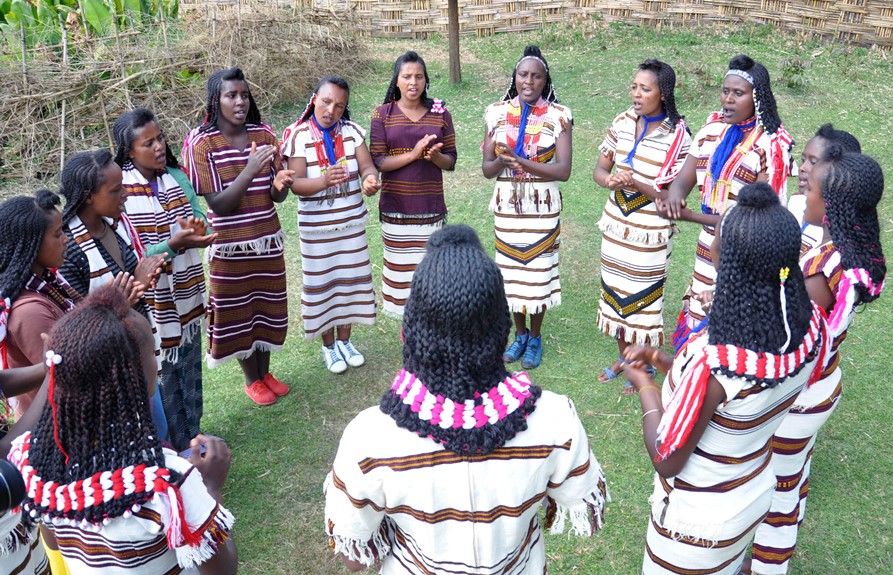 Chambalala, the first day of Sidama’s New Year, is a special day for everyone. Children don’t work on this day; rather they get together and say, “Aide Chambalala”, which means “we have come back” to which mothers reply “ille, ille” which implies “good to see you today” providing the kids with different dishes of food.

On Fiche Chambalala, cattle are set free to graze. Men and women, young and old, all celebrate the day with joy.

Relatives and neighbors gather and spend the day eating and drinking. They later go out to the public square to sing and dance, expressing their jubilee.

“The stars in the sky guided the wise men to the place Jesus Christ was born in the ancient times,” says Abebe citing the anecdote to similarly show Sidama elders who also look to the guidance of stars to decide the day of Chambalala.

According to Abebe, one month in the Sidama calendar encompasses "fifteen days of darkness and fifteen lunar days." The Fiche festival is celebrated on the 11th or 13th day of the end of the 12th month.

This year’s Sidama New Year Fiche Chambelala is celebrated in Hawassa on April 28 and 29, 2022. It will be celebrated in the presence of elders, young women and men, federal and state government officials and other invited guests as this is the first celebration since Sidama became the tenth regional state of Ethiopia.