A statue commemorating the legendary Ethiopian fighter pilot Colonel Bezabih Petros is inaugurated at Hosana town, Hadiya Zone, his birthplace, in the presence of his family, authorities and officials, and veteran members of the Ethiopian Air Force. 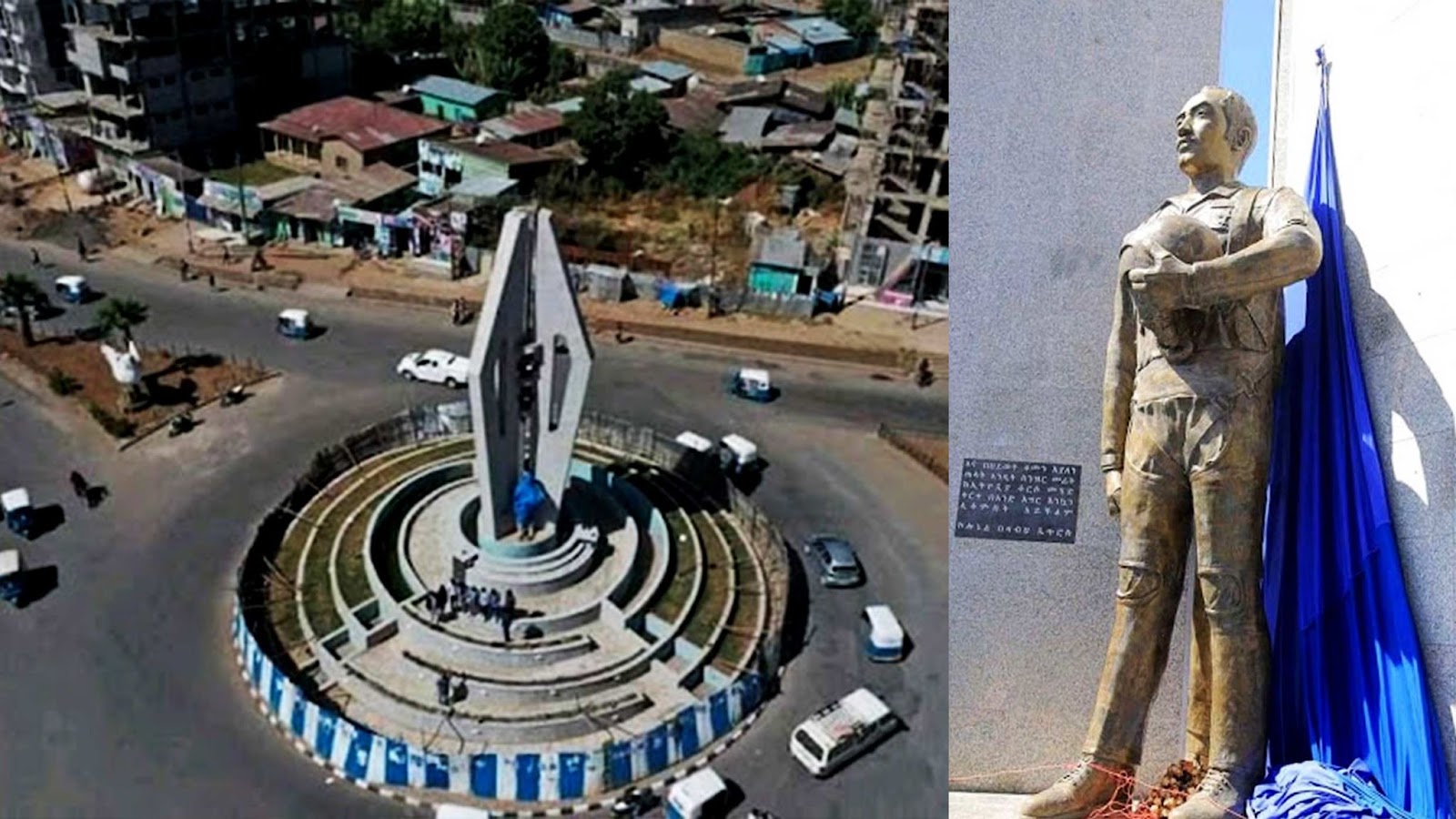 Col Bezabih is a legendary pilot in the history of the Ethiopian Air Force who participated and accomplished feats of victories in the major wars the country was into. He was captured in Eritrea in 1998 during his mission in the Ethio-Eritrea war after his plane was shot down at Asmara. His whereabouts are still unknown.

“Col. Bezabih is a great air force aviator who consecrated his knowledge, and profession to transfer the skill of combat to us as an elder brother and a role model,” said Captain Teshome Tenkolu, Bezabih’s former colleague, at the inauguration.

“A hero can be in any situation, and perhaps he might even be in unfavorable conditions. But his name is always alive with us. We thank you to bestow such an honor to our colleague. When we tribute such heroes we shall produce more young heroes and our country maintains its liberty.”

Despite Col. Bezabih’s unmatched heroism and selfless contribution to his country, many are questioning why the government is not making efforts for his return from Eritrea, where he’s held as a prisoner, if he’s alive, or disclose his condition even at the time Ethiopia and Eritrea claim to have made peace during the administration of PM Abiy Ahmed.

Following The Algiers Agreement terminating the hostilities between Ethiopia and Eritrea, and the ratification by Eritrea of the Geneva Conventions in July 2000, human rights organizations have been voicing their concern over the returning of prisoners of war on both sides. Col. Bezabih Petros is also amongst those prisoners who should have returned home but are believed to be still held by Eritrea.

“The ICRC has expressed particular concern over the safety of an Ethiopian air force colonel, Bezabih Petros, who was shot down over Asmara on 5 June 1998, paraded in public and seen on television, but never seen since or shown to the ICRC. He had been previously captured by the EPLF during the liberation war in 1984 and had been returned to Ethiopia after independence in 1991,” according to Amnesty International’s report issued on Sep 2002.

Col Bezabih Petros is a remarkable fighter pilot in the history of the Ethiopian Air Force who accomplished a number of incredible valiance in the Ethio-Somali, the war against EPLF, and the Ethio-Eritrea war.

He scored the historic, first confirmed MiG-21-kill for the Ethiopian air force of the Ogaden war, and thus the first ever in air combat between U.S.-made F-5E Tiger IIs and Soviet-made MiG-21s

During the mission undertaken from Nov 1976 to Feb 1977, against Somalia’s invasion, Col. Bezabih made 191 flight combat sorties into Somalia’s war zones. Attributed to this, he was awarded the highest rank Medal of Distinguished Heroism on Sep 16, 1979, by the government.

Colonel Bezabih Petros is a brother of a renowned Ethiopian politician, Beyene Petros.