SCAM: Commercial Bank of Ethiopia is not awarding prizes to customers filling out a questionnaire

The page on the site shows the logo of CBE and has the image of CBE bank Djibouti branch as its cover. The amount of the prize offered after filling out the survey, as it is stated on the sites, is 10 thousand birrs. After filling out the questionnaire, it invites you to click on boxes to try to win the prize. It then orders you to share the link to 5 public groups or to 20 people, enter your address, and complete the registration. 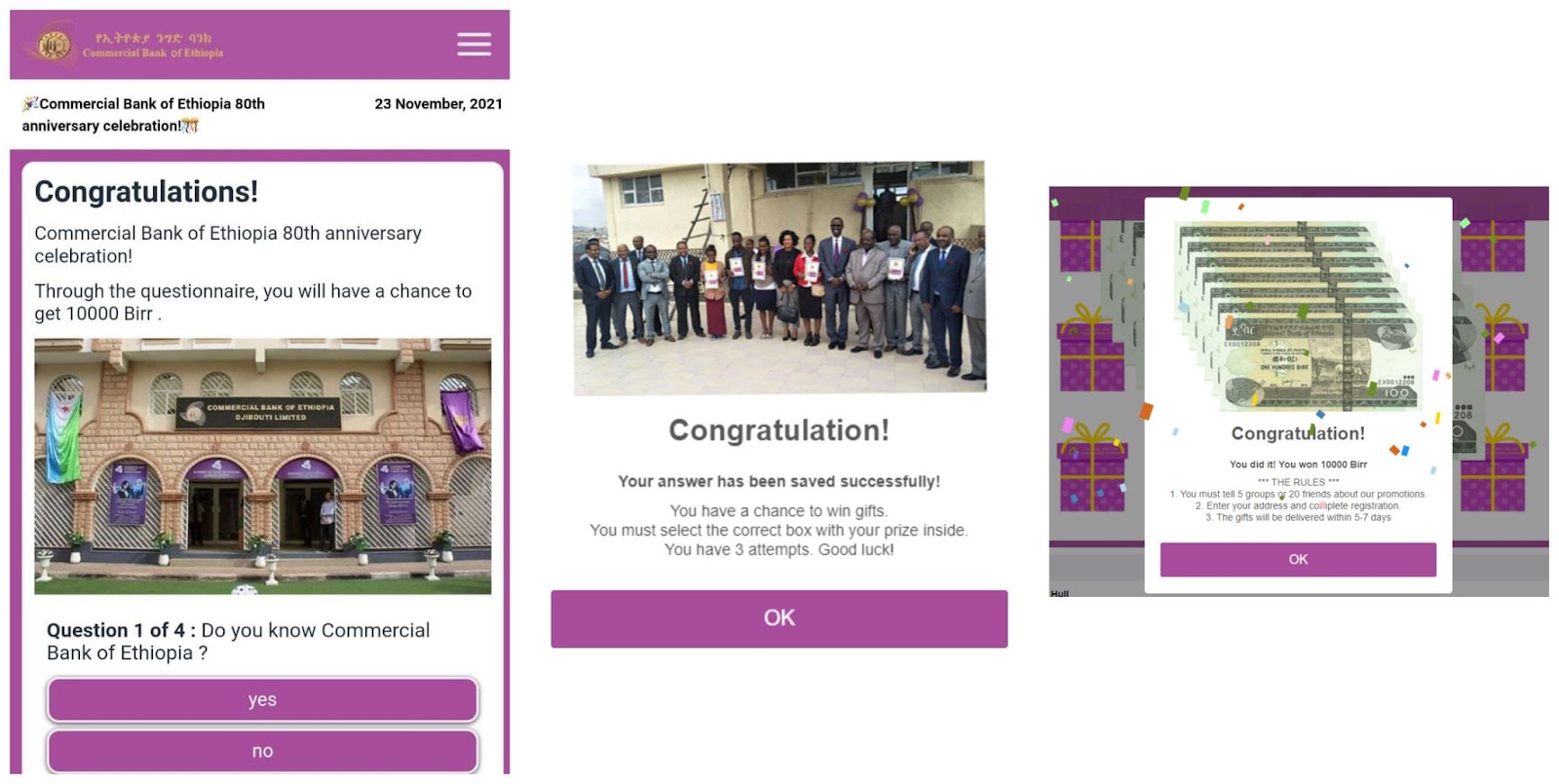 Commercial Bank of Ethiopia (CBE) is a state-owned bank whose history dates back to its establishment as the State Bank of Ethiopia in 1942. CBE was legally established as a share company in 1963. In 1974, CBE merged with the privately-owned Addis Ababa Bank. Since then, it has been playing signiﬁcant roles in the development of the country. The bank had different prizes offered to its customers on different occasions especially for promoting saving.

HaqCheck looked into the link in the message and confirmed that it is not associated with the official website of the bank. A Whois search, a domain lookup of the link shows that the link was created on Sep. 24, 2021, and registered in China under the domain name of editjazz.top. Whereas, the correct site of CBE is combanketh.et.

What makes the issue more skeptical is that the names of the people who claim to win the prize are commenting on the post using Western names, and the bank is referred to as an international bank at the bottom of the page. 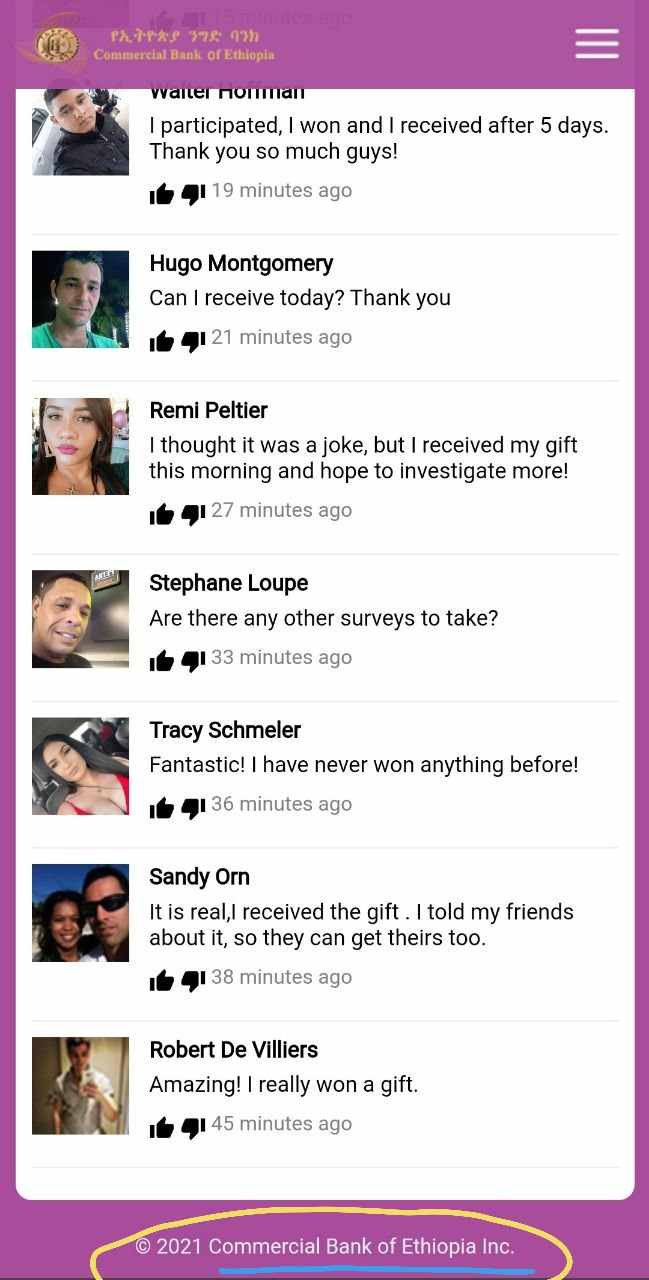 HaqCheck also contacted Biniam Zewde, Social Media Manager of CBE to confirm the issue. The manager said, “the links are just random scams. There is no official campaign or plan launched in celebration of the 80th anniversary of the bank and those messages and links are not from our bank.” He also reminded customers to follow up on such announcements from credible sources including the official website, social media pages, and television and radio programs of the bank. The bank has also been warning its customers to be safe from such scams on its platforms

Hence, the message circulating on social media platforms and messaging apps claiming that CBE is awarding a prize by filling out a questionnaire is false and it is rated as SCAM.

PREVIOUS ARTICLENo: The image doesn’t show  that Lalibela is captured by Government forces
NEXT ARTICLEEleni Gebre-Madhin denies the blame on ‘secret meeting’ conspiracy