With the ongoing armed conflict and disinformation being rife, media and information literacy become even more important for those in Ethiopia.

Last week HaqCheck was engaged in a number of media literacy campaigns and activities to mark the tenth annual Global Media and Information Literacy (MIL) week. The annual global media and information literacy event was designated by UNESCO in cooperation with the UNESCO MIL Alliance, the UNESCO-UNAOC MIL and Intercultural Dialogue (MILID) University Network, and other partners in 2012.

This year’s gathering was held in South Africa from 24 to 31 October 2021, with the slogan “Media and Information Literacy for The Public Good”.

The concept of media and information literacy was coined by UNESCO in 2007. It includes all competencies regarding information and media literacy that also include digital or technological literacy. According to UNESCO, it focuses on different and intersecting competencies to transform people’s interaction with information and learning environments online and offline.

Across popular social media platforms such as Facebook, Twitter, Telegram, and YouTube, it seems that the major forces that help disinformation dissemination are social media users that have lower media and information literacy. Most of the users that share false and fabricated social media posts don't seem to have knowledge regarding the issue. They just believe it and share it with others.

HaqCheck committed resources to organize activities in order to raise awareness of media and information literacy during the week.

HaqCheck prepared brochures and distributed them to raise awareness on information disorder types. We highlighted the types of false information which are disseminated in Ethiopia, and how they massively circulate, as well as underlining the skills required to identify and prevent false information. 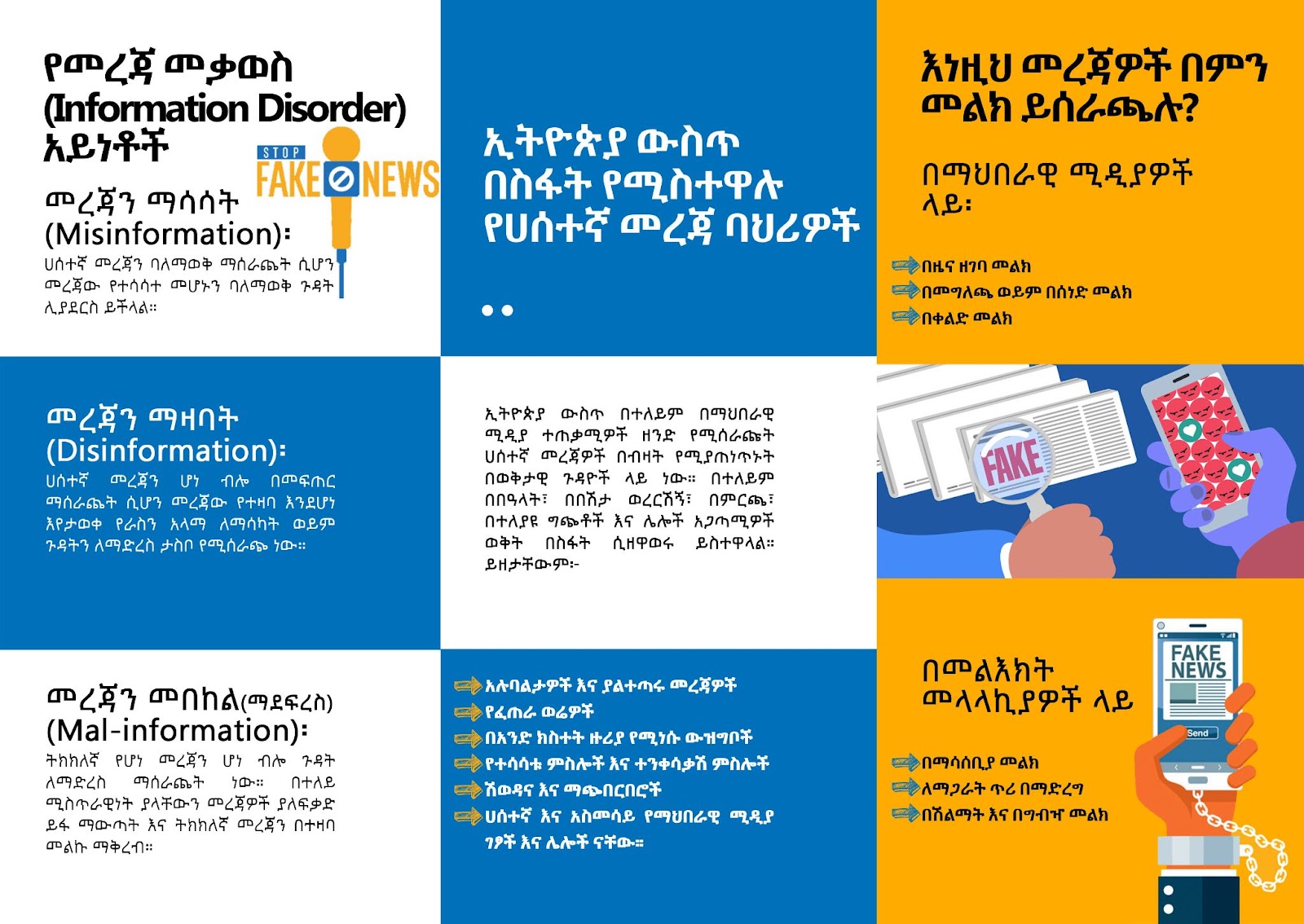 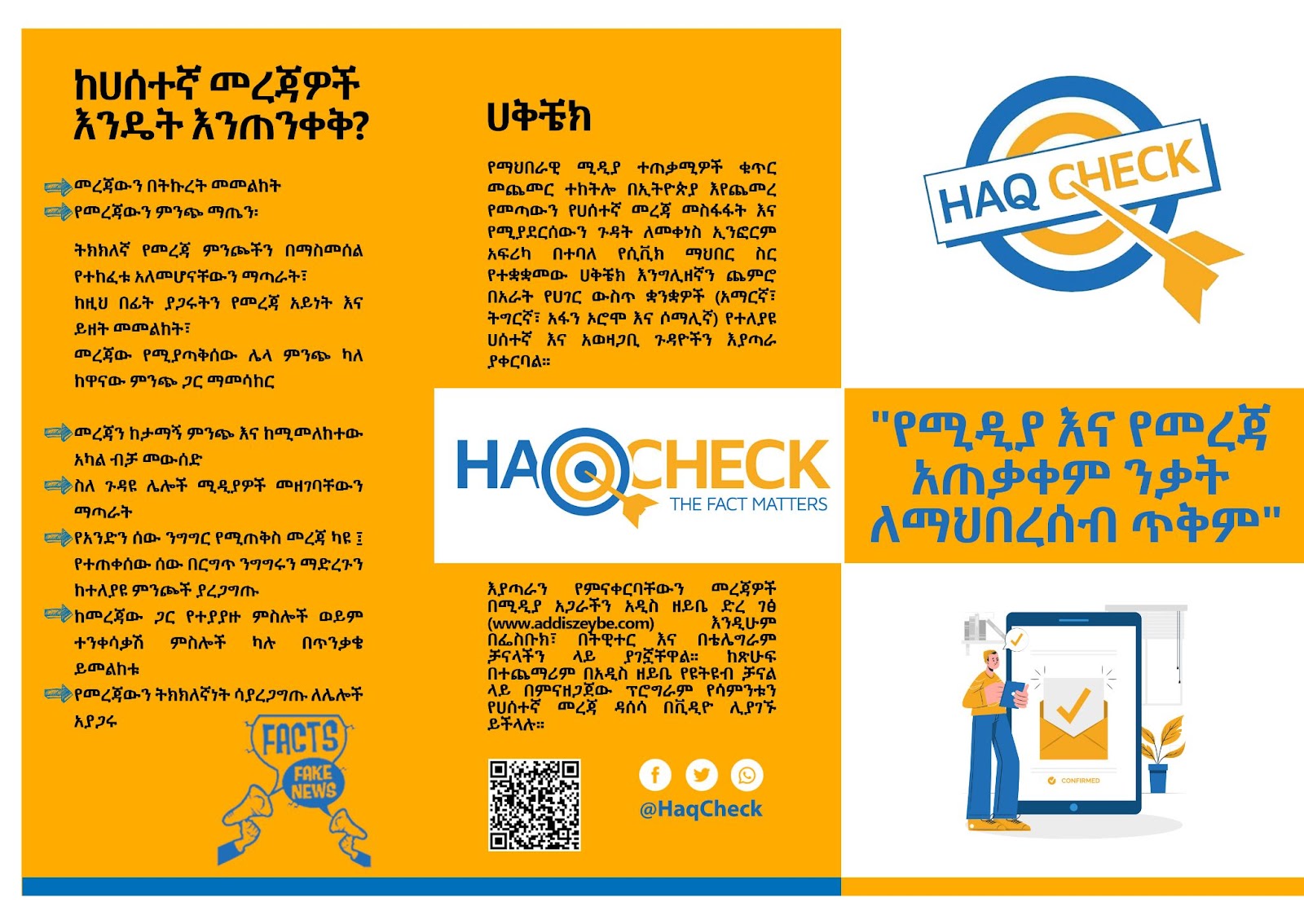 We brief and counsel people across some of the streets of Addis,  to raise their awareness and skills regarding identifying and avoiding disinformation trolls.

Online Training: The Basics of Fact-checking 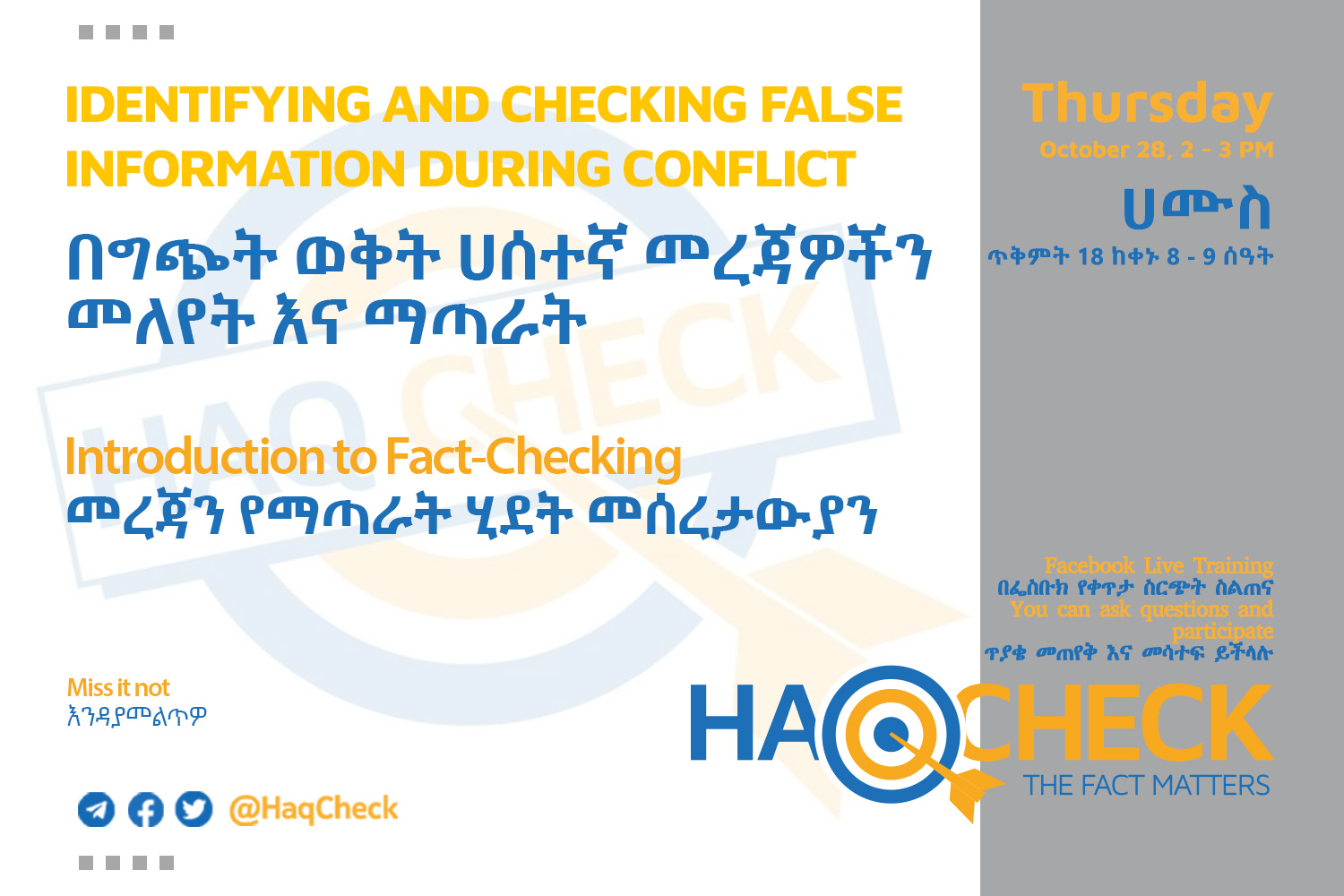 Many social media claims use false images in their posts to deceive users into believing the claim. HaqCheck provided training on how to fact-check images and undertake reverse image searches which are embedded in claims.

HaqCheck hosted a discussion on Clubhouse, a trending audio communication social networking site, about disinformation and the lack of media literacy during the conflict in Ethiopia. The discussion included guests with different skills and backgrounds where communication experts and media literacy advocates - as well as fact-checkers - shared their points to address the issue. 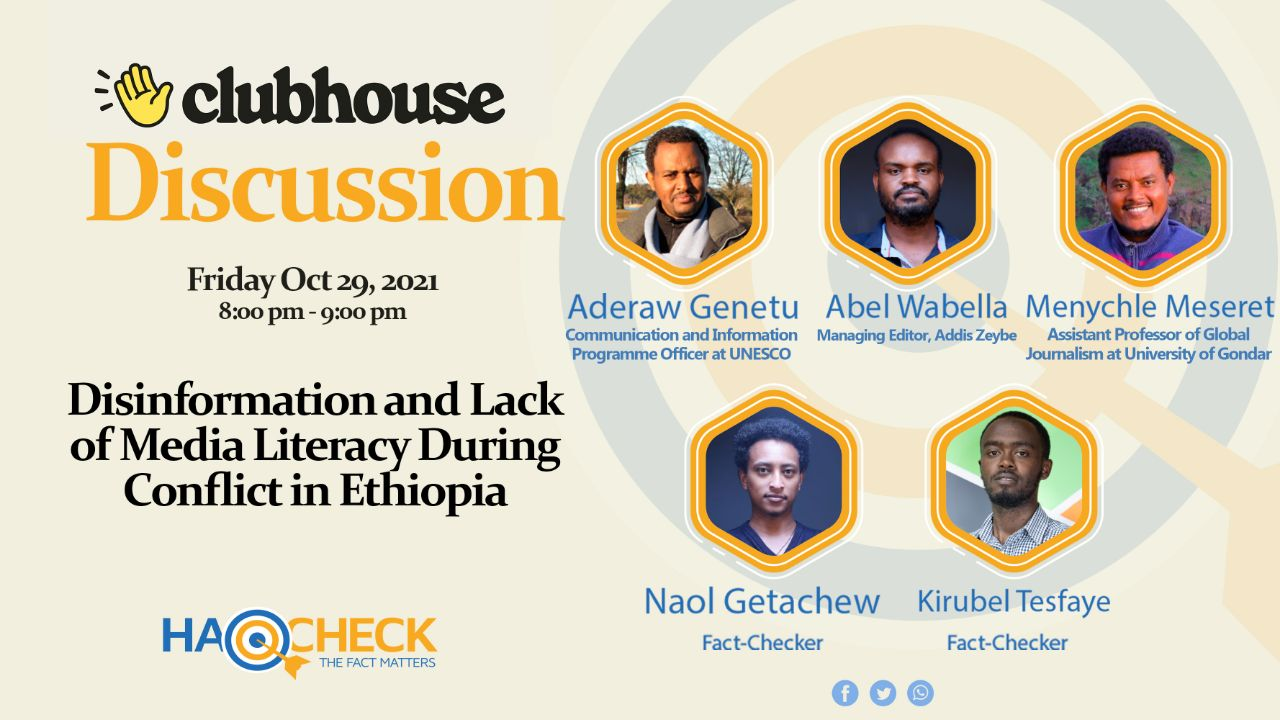 HaqCheck also organized a media and information literacy campaign by collaborating with TV channels and radio broadcasters to raise awareness during the week. Fact-checkers at HaqCheck gave interviews regarding the matter for TV stations such as Walta TV, Prime Media, VOA Amharic and radio stations like Ethio-FM and Ethiopian Broadcasting Corporation (EBC)-radio.

Our fact-checkers explained the nature and metamorphosis of disinformation trends and their impacts in Ethiopia. They elaborate on the challenges of information disorder going forward.

The overall activities were a starting point to raise the conversation and to create awareness. However, HaqCheck believes that the issue is not talked about enough and plans to do larger campaigns in the future to raise the public’s media and information literacy. To do that, we believe dedication to the issue and collaboration between stakeholders is needed.

PREVIOUS ARTICLEEthio Telecom to introduce a self service machine
NEXT ARTICLEFalse: The image doesn’t show cannonade in Dessie