The image was previously posted on social media.

Saba is a junior fact-checker at HaqCheck.

A Facebook page with 402,925 followers posted a picture, on Dec 12, claiming that TPLF forces have intercepted the road between Gashena & Lalibela and Kon & Gashena towns. By the time this article was published, the post had gotten over 6 thousand reactions and over 5 hundred users shared it. We also came across another Facebook page that posted a picture stating similar news.

HaqCheck looked into the image and rendered it as FALSE. 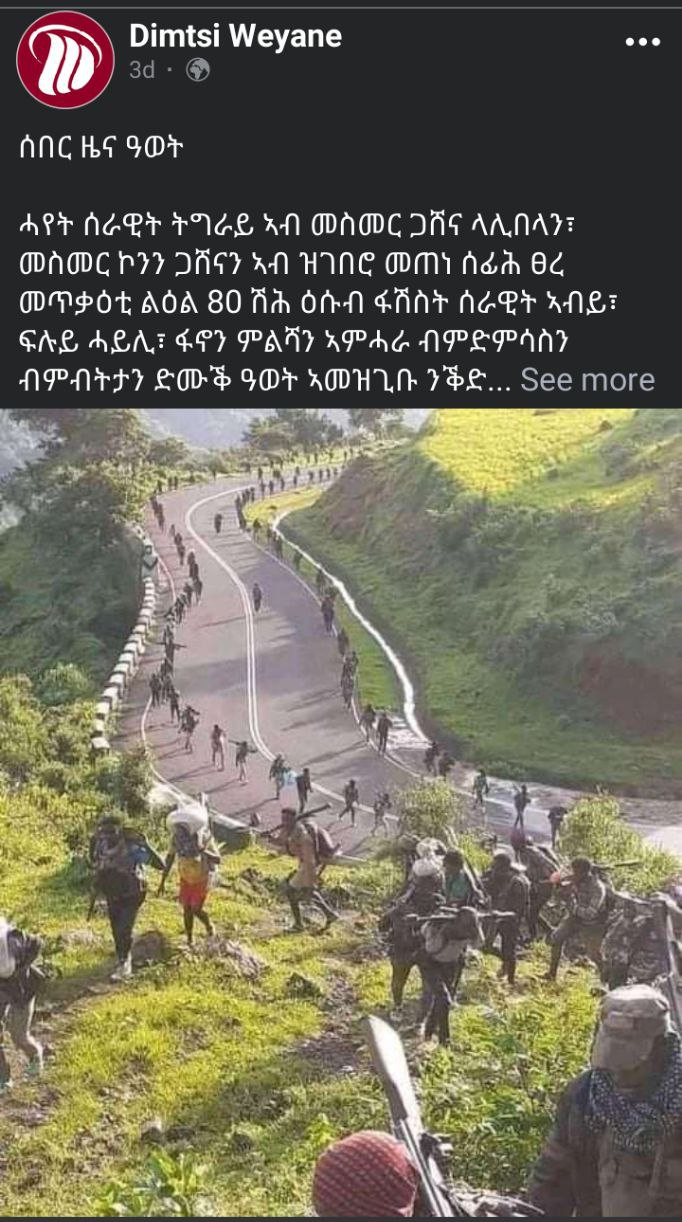 The war between the Federal Government of Ethiopia and the Tigray people liberation front marked one year last Nov 2021. At the end of June 2021, following a Request from the provisional government of Tigray, the Federal Government of Ethiopia declared a unilateral ceasefire and pulled out its troops from most parts of Tigray stating It is essential that the planting season ahead should not be disrupted since missing it will bring grave consequences for their livelihoods.

Reports of fresh military offensives and counter-offensives have come out recently. On Nov 22, PM Abiy Ahmed announced he is joining the war to undertake leadership from the frontlines that followed recapturing of several towns such as Lalibela, Dessie, and Kombolcha by government forces.

On Dec 11, it was announced that government forces led by the prime minister controlled more strategic towns and cut through the main road of Woldia - Mekelle highway. Afterward, on Dec12, TPLF officials claimed that they had recaptured Gashena and Lalibela and destroyed 80,000 government soldiers.

The claims under discussion were circulating amid this situation.

However, a reverse image search of the image, used in the post above, shows that the image was previously posted Aug 28, by different users on Facebook and Twitter, in another context. 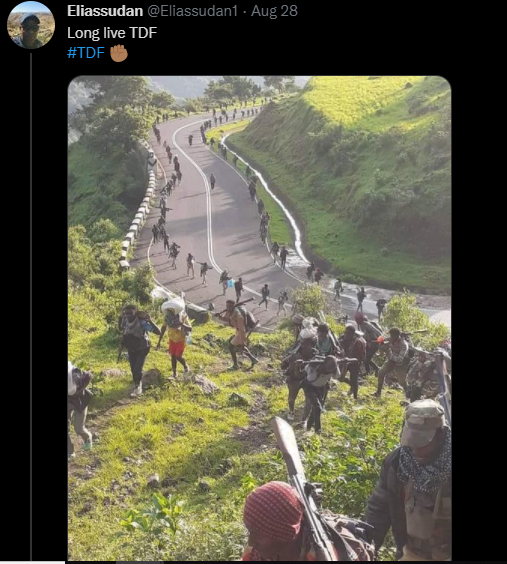 Even though there are unconfirmed claims about TPLF’s readvancement to some towns HaqCheck has confirmed that the image doesn’t show a recent incident therefore rated it as FALSE.