HaqCheck investigated the trending posts and contacted Ethio Telecom about the issue.

There are a number of Facebook groups having similar posts with common messages offering airtime top-up bonuses. Most of such posts begin with catch phrases like “Breaking News” “Good News” and “Urgent”. The messages of the posts are that Ethio telecom is offering a 50% bonus for those who top up airtime using a particular MMI code. The justifications for the bonus giveaway vary based on key holidays or events at specific times. Some of the justifications include the Mawlid holiday, Meskel Holiday, the election of Abiy Ahmed as a PM, and a report on intruders, issues worth celebration during the time the messages were disseminated. 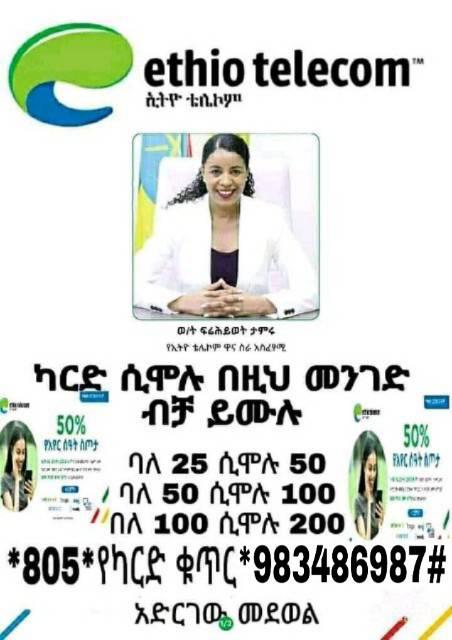 The other thing that makes the posts similar is the instructions they put forward which people are requested to follow. n. Instead of using the regular MMI code steps with the pattern of (*805*phone number#), they advise people to use (*805*mobile card number*a list of numbers /shown in the screenshots of the posts/#), emphasizing, “Please note that this is the only way to top up airtime”. 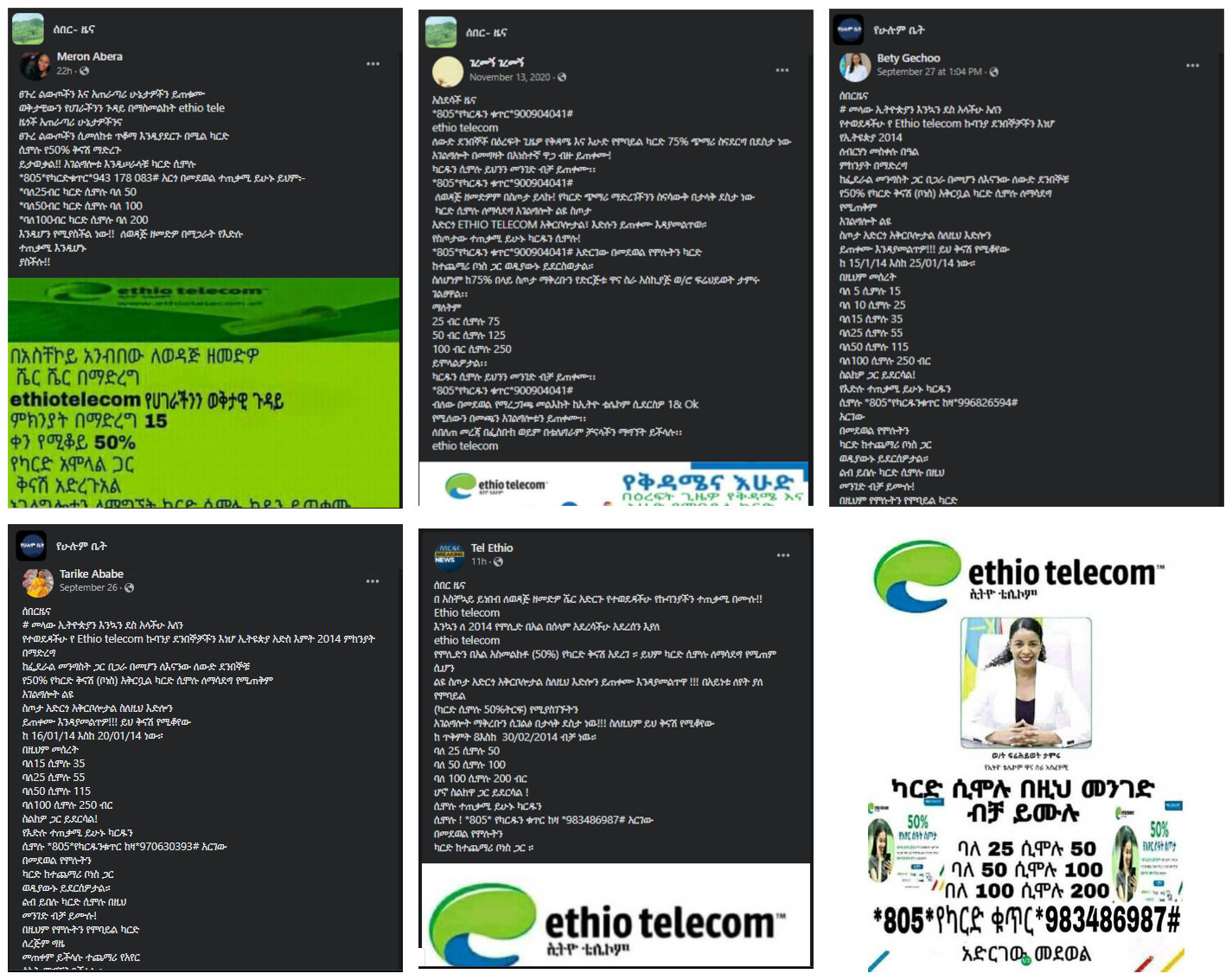 Ethio Telecom has been offering bonuses and gifts to its customers on different occasions such as holidays and other celebrations at different times. Among these are direct package gifts from the organization at times when it announces annual profits, bonuses given to the receiver when one gets international airtime top-up gifts, holiday package gifts directly offered by Ethio Telecom.

However, HaqCheck investigated the trending posts and contacted Ethio Telecom about the issue. We have contacted Ethio Telecom customer services and confirmed that the method these messages are instructing people to follow to top up airtime for themselves is an MMI code procedure used for topping up airtime to others, which is deceptive. Eshete Mebratu, a supervisor at Ethio Telecom Meskel Flower branch said, “If you dial with the code sequence, (*805*mobile card number*another person’s phone number#) it will automatically top-up that number’s airtime. It is one way of transferring the card to another person. If you find someone participating in this kind of practice deceiving you to top up their airtime by making it seem like a code to reward you with a bonus, you can report to the nearest Ethio Telecom center.”