False: the images do not show caught insurgents and spies

The images were first shared on Facebook, by the official page of the Hadiya zone Government Communication Affairs Department.

A Facebook page with more than 59 thousand followers posted a collage of two images showing two men on Nov 4. The Amharic caption in the post reads “They are members of the invading force who are arrested while spying and infiltrating by pretending to be disabled...” The viral post has been shared more than 420 times in less than 24 hours since it was posted.

HaqCheck has looked into the post and rated it as False. 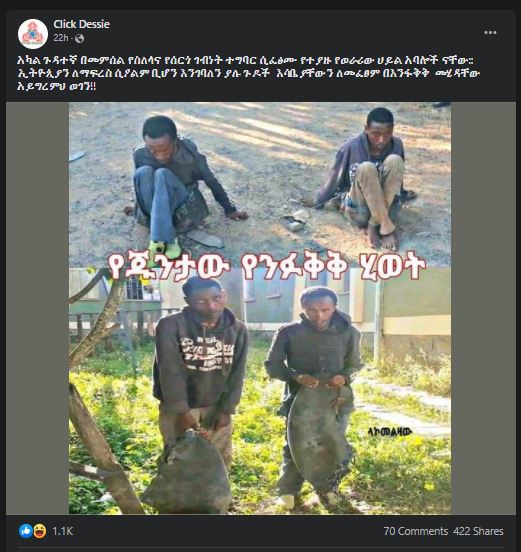 The Ethiopian government has declared a state of emergency (SoE) which will be valid for the next six months throughout the country, from the time it is approved by the Council of Ministers on Nov 2. Different regions including the capital Addis Ababa have been calling their residents to keep an eye on their neighborhood and to report if there are any suspicious issues. The post is thus published in this context.

Despite the claim, HaqCheck was able to find the original source of the images. The images were first shared on Facebook, by the official page of the Hadiya zone Government Communication Affairs Department, three hours prior to the claim. The image was shared as news reporting an arrest of two people in the Hadiya zone, who were deceiving the public by pretending to be disabled on Nov 3. 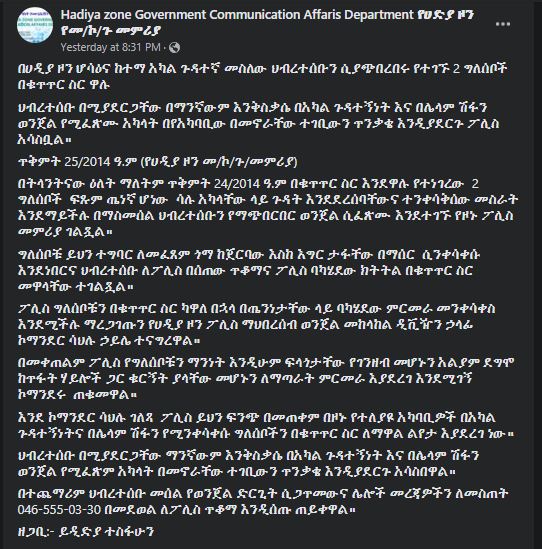 HaqCheck also contacted Yididya Tesfahun, the communication officer of the Hadiya Zone. He confirmed to us that the Facebook page is the official page of the zone and he was also an eyewitness of the incident. 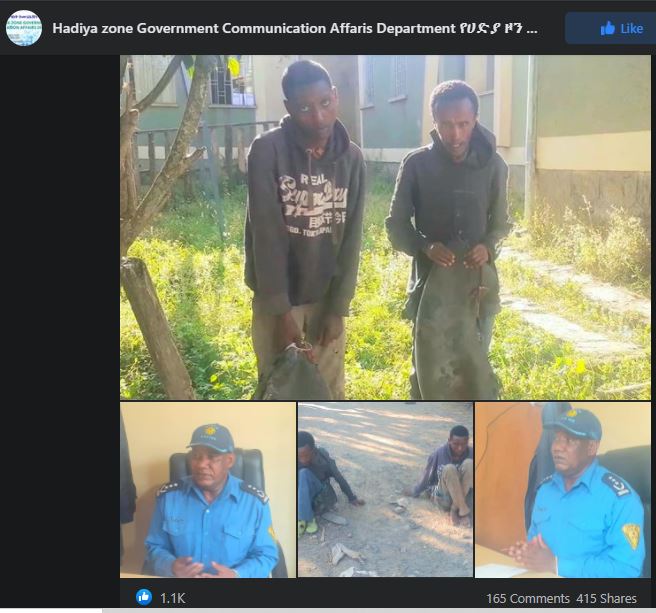 The Facebook page that posted the false claim was created on Aug 23, 2021, by the name “Mesay Mekonnen - ESAT” who is a prominent journalist in ESAT TV. However, it was changed to “Click Dessie” on Oct 12. Impersonating prominent figures in such ways is one of the tricks used to gather followers and disseminate disinformation. In addition to that, changes in the name denote the swinging purpose the page wants to serve, which is often a deceptive cause. 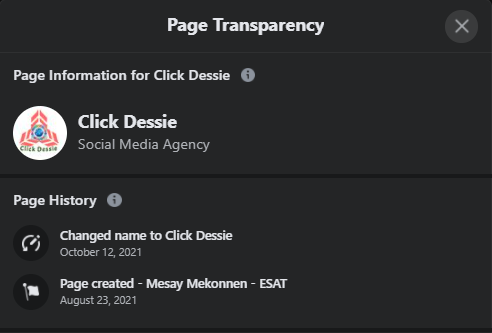 Despite the government’s call to the public, to have an eye on their own neighborhood, the people in the post are not caught spying and infiltrating, therefore the post is rated as False.