The image is photoshopped in on another picture.

However, HaqCheck looked into the images and rendered the post as FALSE. 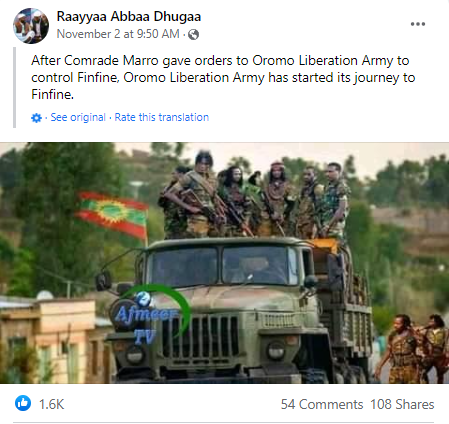 The Oromo Liberation Army (OLA) was a  military wing of the Oromo Liberation Front (OLF), which was founded in the 1970’s to fight for the self-determination of ethnic Oromo groups. In 2018, following promises of political reform by the newly appointed Prime Minister Abiy Ahmed, the OLF was decriminalized and permitted to participate in the country’s political landscape.

As the government ushered OLF into the political space OLA’s name had begun to be heard on the scene when OLA started to kidnap, assassinate officials and commit other crimes across the Oromia region. Later on, may 1, 2021, the FDRE  House of Peoples Representatives officially designated the Tigray People Liberation Front (TPLF) and the Oromo Liberation Army (OLA) as terrorist organizations.

On August 11, 2021, the OLA leader Kumsa Diriba also known as Jaal Marroo has told Associated Press (AP) that the group has formed an alliance with (TPLF) and there were plans among other opposition groups to establish a "grand coalition" against Abiy Ahmed's Government. On November 1, 2021,  BBC’s African correspondent Catherine Byaruhanga made a video report entitled "Ethiopia's secretive armed group" in which the group's operations and training are shown along with interviews of top leaders. In the report, Jaal Merroo told BBC that OLA had taken control of several towns in southern, western, and central Oromia.

The Facebook post is published in this narrative framework. However, HaqCheck has probed the post's images using Google reverse image search to learn that they don't really support the claim. The original image was first posted On July 13, 2021, by a non-profit journalistic website platform  genevasolutions.news with the title “UN rights body passes resolution on Ethiopia’s Tigray region.” The post raises issues about the United Nations Human Rights Council adoption of a resolution calling for the withdrawal of Eritrean troops from Tigray and expressing its deep concern over the human rights abuses in the region since the conflict began. However, the image in the post is ‘photoshopped’ into the original picture, by adding a photo of a group of soldiers. 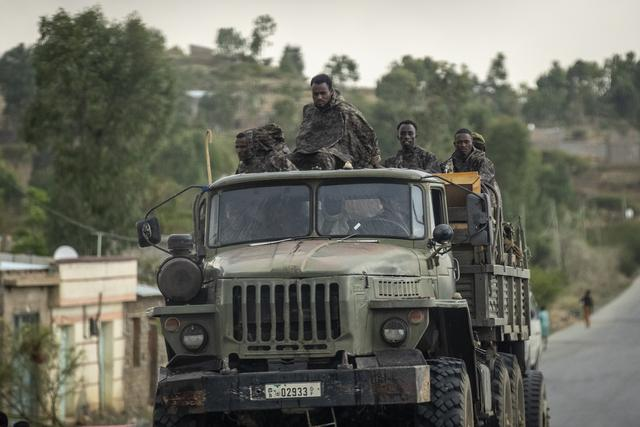 Even Though there are several claims of OLA's expansion in some areas,  the image is vividly manipulated to be photoshopped and doesn’t actually show  OLA’s journey to Addis Ababa. Therefore the post is rendered as FALSE.