False: the image doesn’t show OLF and TPLF troops embracing one another

A fact-checker at HaqCheck, he has worked for Fortune as a reporter previously.

On Nov 5, 2021, a Facebook post claims the embracing armed men in the image below are soldiers of the Oromia Liberation Army (OLA) and Tigray People’s Liberation Front (TPLF) that rebranded itself as Tigray Defense Forces (TDF).

The post was viral and received more than 1.4 thousand reactions and was shared more than 136 times. Although the post was deleted a day later, it had already misinformed a significant number of social media users.

However, HaqCheck looked into the image and confirmed that the picture posted below does not show OLA and TPLF soldiers hugging one another. 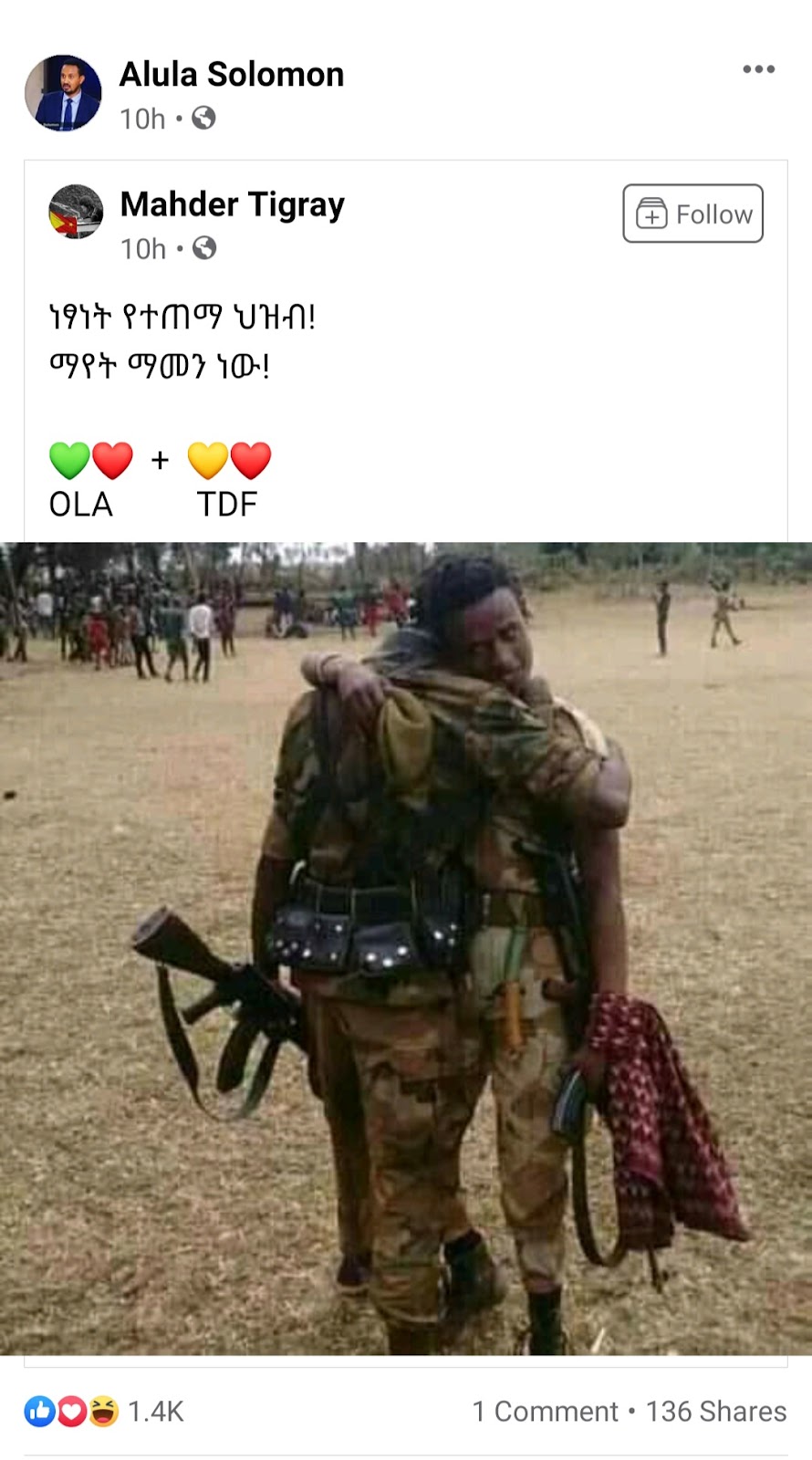 The year-long Tigray armed conflict has escalated to another level recently. Six months ago the Federal Government declared a unilateral ceasefire and pulled its troops out from most of the regional states.

Thereafter, TPLF forces advanced southwards and took control of some parts of the Amhara regional state.

Recently, there have been unconfirmed reports and social media claims that TPLF forces have reached the town of Kemise, the capital of the Oromia Special Zone in the Amhara regional state. The zone is mostly occupied by ethnic Oromo communities and there are claims that armed forces who call themselves OLA operate in the zone.

A few months ago TPLF forces claimed that they had signed an agreement of alliance with OLA in their fight to depose the government in Addis Ababa, whom the Ethiopian government calls “Shane” and designated as a terrorist organization.

Amid this situation, a Facebook post emerged on Nov 5, 2021, and shared an image that shows two armed men hugging one another. The post claims that the armed men in the image were OLA and TPLF (TDF) soldiers.

However, a reverse image search of the image in the post shows that the picture was taken from a previous Facebook post in 2019. The image was first published on Facebook on February 23, 2019, without any description. The original post of the image can be accessed here. 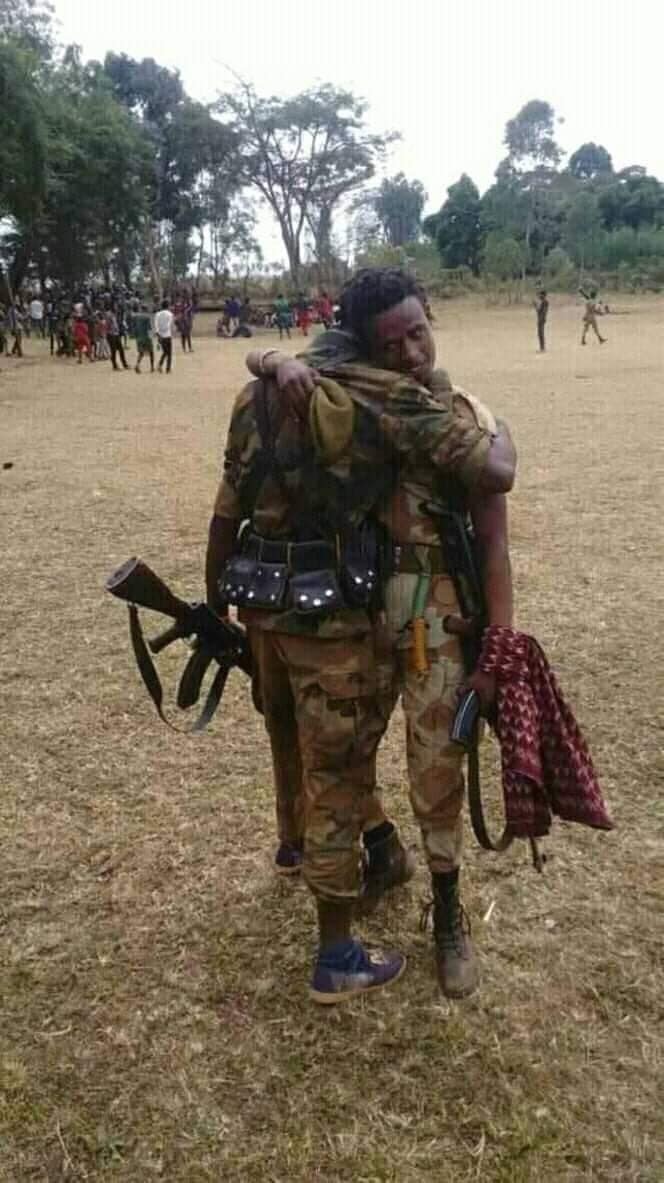 Despite the fact that TPLF forces have advanced southwards claiming they have seized the town of Kemise, the image does not prove that the armed men are OLA and TPLF troops hugging one another. Therefore, HaqCheck has confirmed that the Facebook post is not true and is rated FALSE accordingly.

OPINION
PREVIOUS ARTICLEFalse: the images do not show caught insurgents and spies
NEXT ARTICLEScam: Ethio Telecom is not offering bonus for topping up airtime using new MMI codes