A Facebook page with more than 140,000 followers shared a post saying that “... the Ethiopian forces started the new incursion using drones, air, and infantry...”. An image attached to the post shows a burning and destroyed vehicle to support the claim. Until this article was published the post had been shared more than 55 times. However, the image doesn’t show a vehicle destroyed due to the recent offensive and it is presented in a False context. 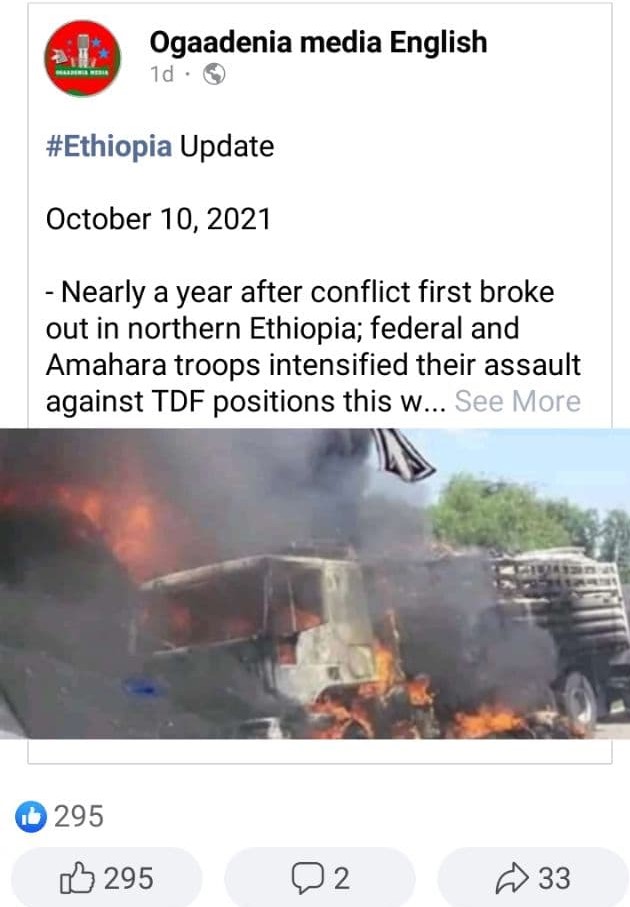 Since November 4, 2020, there has been an ongoing armed conflict between the Ethiopian Federal Government and the TPLF forces. The conflict started after the TPLF forces attacked the army base of the Northern Command. The federal government launched a military operation which has been dragged to this time.

Despite the fact that the federal-led forces took control of major areas of the regional state and killed and arrested senior TPLF military and civil leaders, security and humanitarian crisis happened to loom over the region.  TPLF resorted to a hit and run military strategy which worsened the situation.

At the end of June 2021, the federal government declared a sudden unilateral ceasefire and pulled out its troops from Tigray after a request from the provisional government of the region. As the federal forces left the region, the TPLF regional forces rebranded themselves as Tigray Defense Forces (TDF) and advanced to the neighboring regions of Afar and Amhara.

Reports of fresh military offensives and counter-offensives have come out recently. Getachew Reda, TPLF spokesperson has confirmed that an air and ground offensive by the Ethiopian military troops and Amhara and Afar allies was launched.

Haqcheck has used a reverse image search to validate whether the image shows material losses in the current war. It is found out that a regional and international news media called Africanews.com shared a news report entitled “Dangote's factory attacked by protesters in Ethiopia's restive region”.

The Nigerian businessman Aliko Dangote is popular for his investment in the cement industry. Dangote Cement is Africa’s largest cement company with plants in Nigeria, Senegal, Ghana, Cameroon, Ethiopia, Zambia, Tanzania & South Africa. Dangote is the largest cement plant in Ethiopia capable of producing high-quality 32.5 and 42.5-grade cement to meet market needs and at competitive costs.

On October 4, 2016, there was a life loss and property damage, due to a violent outbreak in some parts of the Oromia region

Following the stampede that occurred during the Irreecha celebration, trucks and machinery that belonged to the Dangote’s group were attacked by the Oromo protesters. The attack that took place in the town of Ada Berga targeted the cement factory owned by Africa’s richest man Nigerian Aliko Dangote. 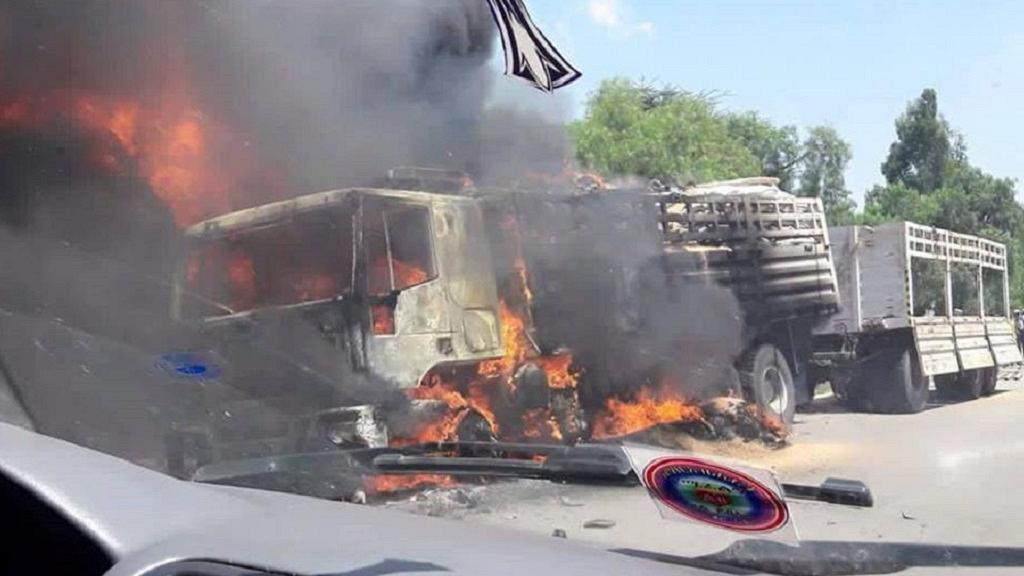 Even though there are several wrecking claims related to the conflict in Tigray, the image attached doesn’t actually show a burning truck or any material loss during the recent offensive in the north making the post be rated as False.

kirubel has a BSC degree in Hydraulic and water resources engineering from Gondar university and he is currently working as a fact-checker in Addis Zeybe.