The 17th African Investigative Journalism Annual Conference took place in both virtual and physical modes for five consecutive days, from Oct 11-15 2021. It was quite interesting and unique from the previous conferences due to the fact that it was a five-city hybrid big conference; Addis Ababa of Ethiopia, Nairobi of Kenya, Dakar of Senegal, Abuja of Nigeria, and Johannesburg of South Africa. Because of Covid 19, the number of participants who physically attended the conference was very limited.

The majority of participants from African countries, other than the aforementioned five countries, were invited and allowed to take part in the conference virtually. Co-hosted by IMS-Fojo and Wits University, it was the first biggest African investigative journalism conference that took place in Ethiopia.

Over 155 speakers from around the world participated. The attendants of the conference are also from various professional backgrounds. They were journalists, human rights activists and researchers, academia, and representatives of several media houses. 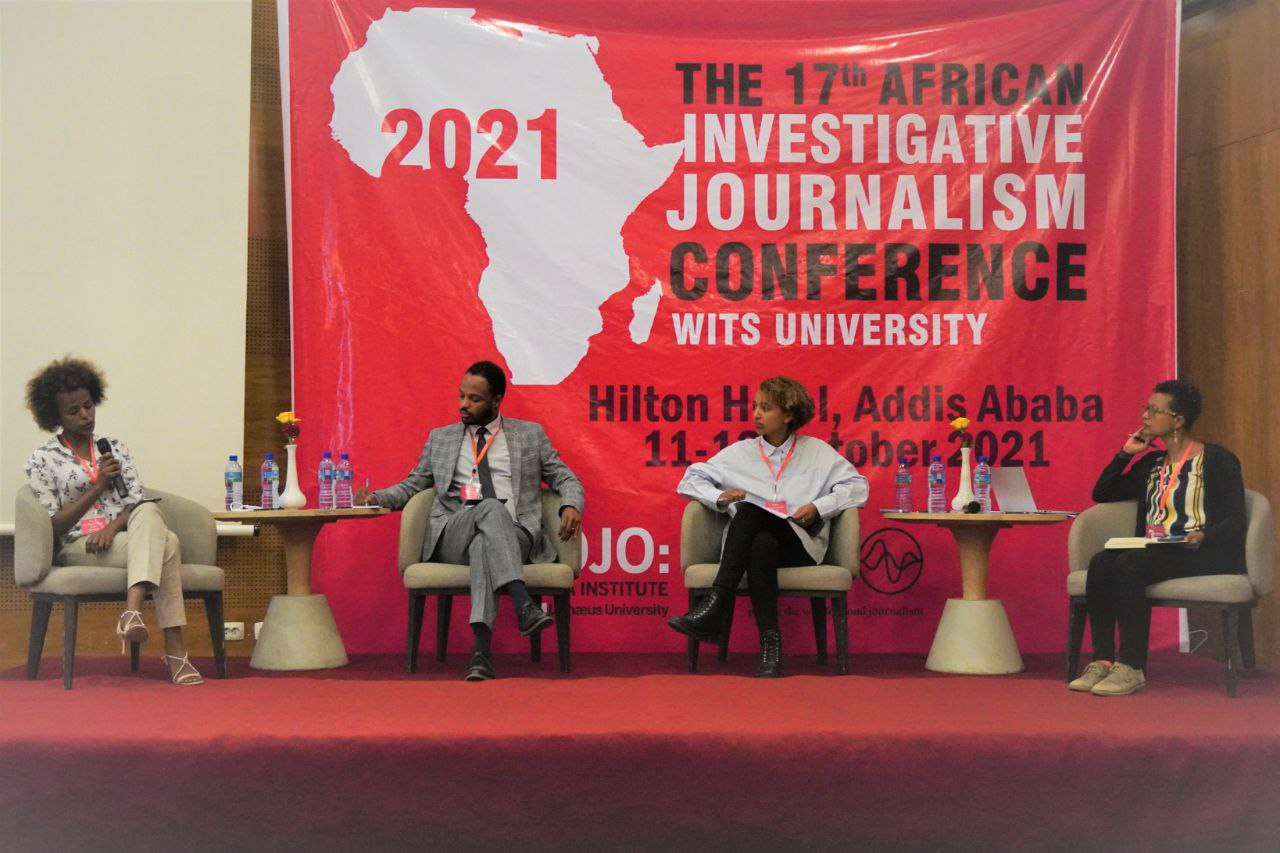 One of the panelists Brooke Abdu said that “in Ethiopia, from the very outset, the public misperception towards journalism needs to be rectified’’.

With regard to the current status of investigative journalism in Ethiopia, especially in light of the prevailing reality of the Ethiopian state, the panelists have concluded, as part of their findings, that financial scarcity, shortage of time, access to information especially from the higher government institutions/officials, and capabilities of journalists under some instances are the major obstacles of investigative journalism.

On the other hand, the participants of the conferences have highly stressed and recommend that, in order to overcome the aforementioned challenges of investigative journalism in Ethiopia and proceed successfully, investigative journalism should be nurtured from the ground level. In doing so, journalists can be productive and contribute their part for the betterment of society without compromising their professional duties and of course, without exposing themselves to dangerous risks. 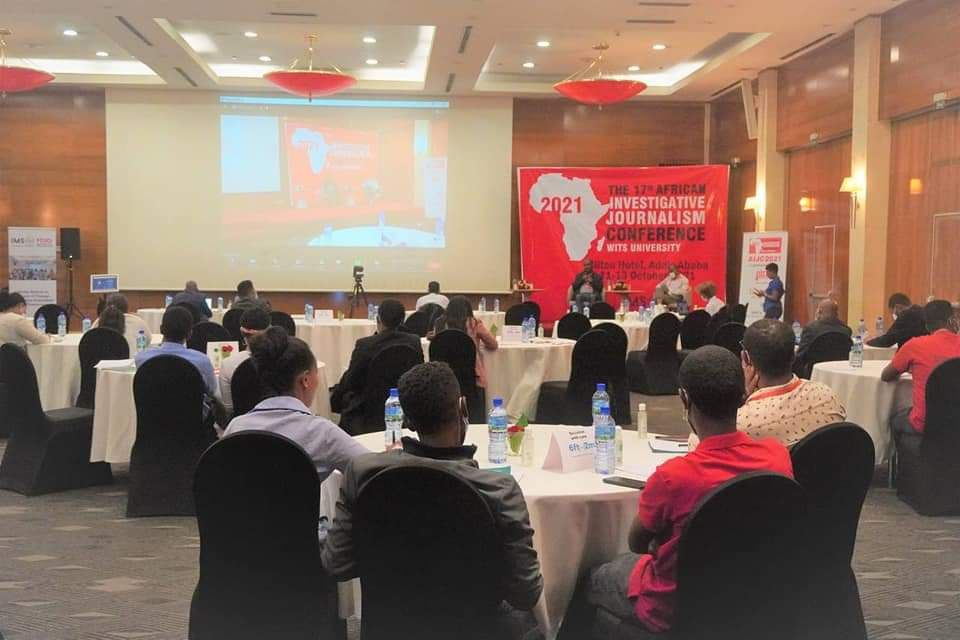 Fact checkers from the two local fact checking initiatives HaqCheck and Ethiopia Check and a representative of Pesa Check in Ethiopia, discussed the status of fact checking in Ethiopia  The trend of disinformation, the challenges and opportunities, audience perception, among other related issues. “Such fact checking initiatives, with a local understanding, are very important for a country like Ethiopia with low media literacy” Such initiatives, especially undertaken by those who understand the Ethiopian context happens to be of ample importance during this critical time” most of the panelists commented. 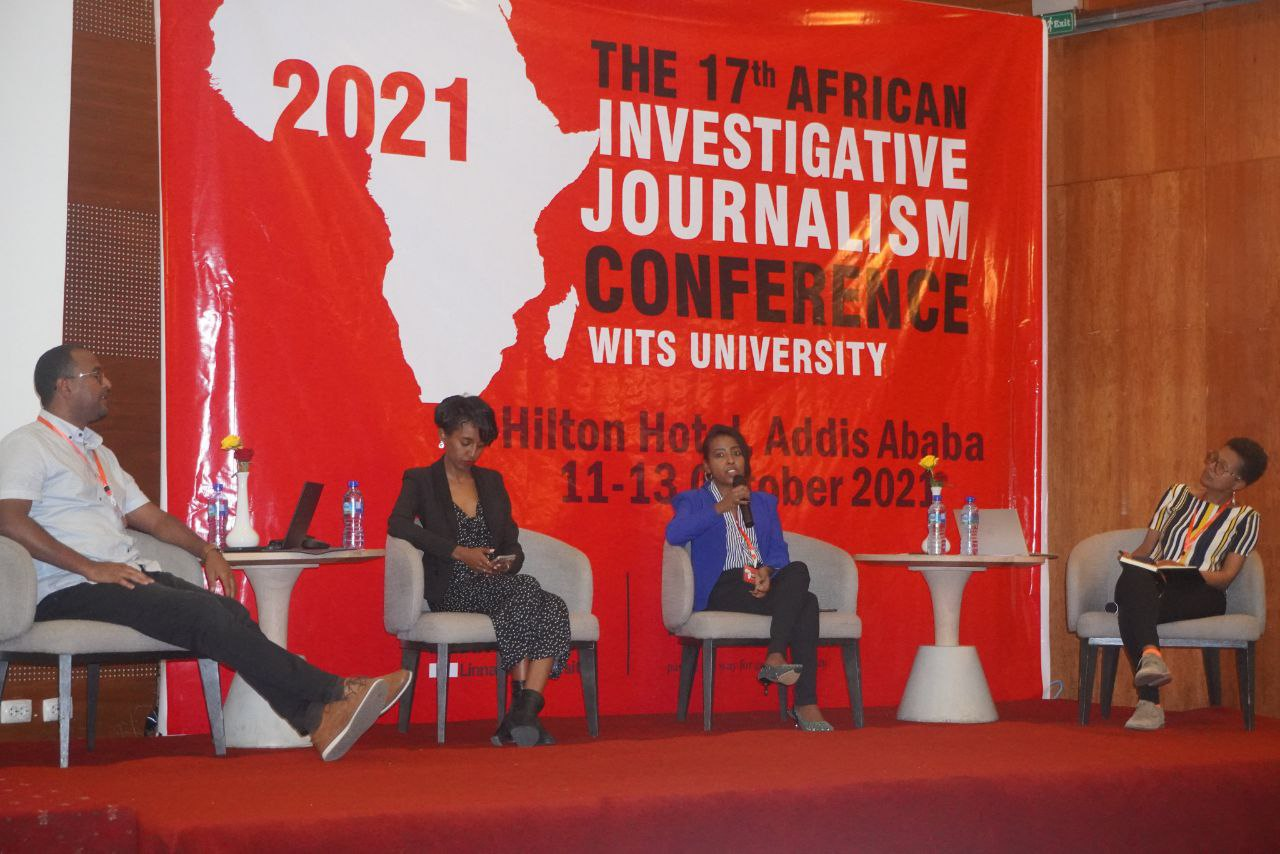 The winner of the African fact checking award was also announced in the AIJC virtually.

The conference was interestingly enriched with a diversity of contents brought together from local, continental and worldwide experiences.

Three of the hundreds of journalists who took part in the Pandora Paper investigation, which is said to be the biggest partnership of its kind, shared their experience. Organized by the International Consortium of Investigative Journalists, this investigation revealed the financial secrets of 35 current and former world leaders, more than 330 politicians and public officials in 91 countries and territories and many more. Will Fitzgibbon, one of the senior ICIJ reporters, explained the efforts that took over two tears to sift through and dig into the trove of more than 11.9 million confidential files.

The conference also shed a light over the Emmy award-winning investigative documentary, “Falling from the Sky”. The first Ethiopians to win the Emmy Award Hadra Ahmed and Nigusu Solomon took the stage and spoke about the production process, the challenges and opportunities they encountered during the investigation. They shared their experience in the investigation, production, collaboration and the overall process of making the documentary. 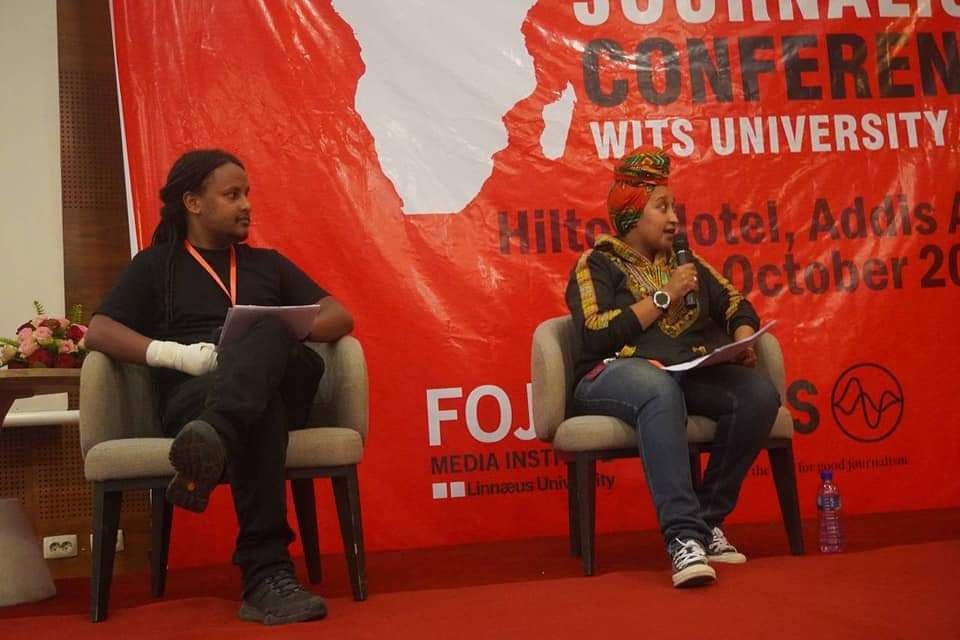 Despite the challenges, the sustainability of investigative journalism has become  mandatory more than ever now. Lars Tallert, the Head of International Policy and Development Fojo, stressed that collaboration plays a vital role to overcome those challenges. To that end, journalists, media houses, media development organizations and other local and international stakeholders should come together and act. 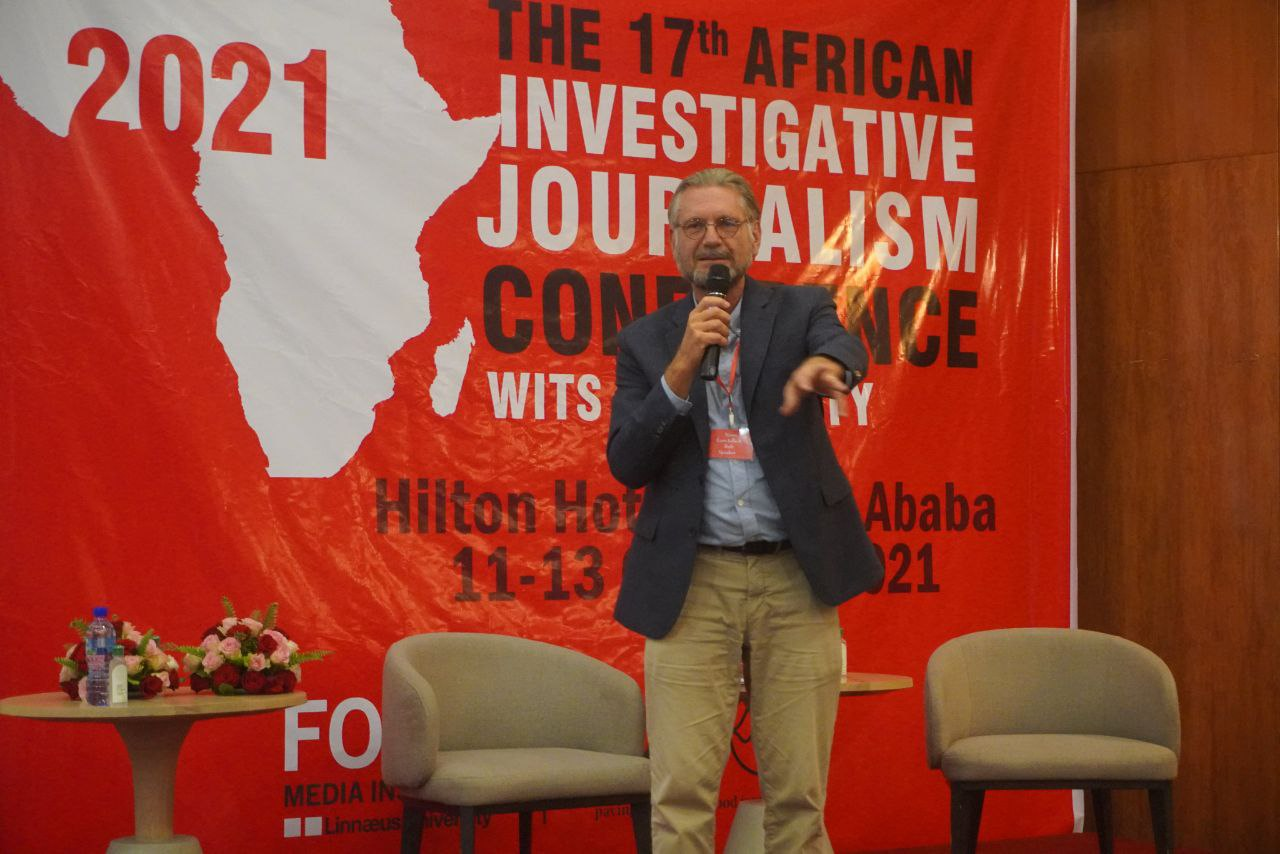 The issue of investigative journalism as a tool to combat corruption, digital and physical safety of journalists, investigative podcasting, different practical technological tools and other local and international experiences were shared in the five days conference.

AIJC was highly interactive and of course, productive enough with regard to exchanging information, tools, knowledge and skills, along with the opportunity of networking it presented, according to the reflection of participants.

Meskel: Yet another holiday amid the pandemic

One of the two outdoor religious celebrations within the Orthodox religion and culture, Meskel…