Coffee, one of the world's most highly traded commodities, mainly grown and cultivated in the southwestern part of the country.

Solomon is a content editor at Addis Zeybe. He has worked in print and web journalism for six years.

Ethiopians love drinking coffee and making money out of it as well. This magical bean which is believed to have originated in the country is an important part of cultural life.

Coffee, one of the world's most highly traded commodities, mainly grown and cultivated in the southwestern part of the country, is traded all over the country and consumed in every corner of the nation as a regular daily ritual.

In the last decade, a proliferation of small coffee shops called Jebena Buna in cities including the capital Addis Ababa, have significantly impacted the commercial coffee consumption trend in Ethiopia.

As they serve coffee with an Ethiopian traditional ceremony, some accompanied with popcorn snacks, these coffee shops can attract many towners who find both the quality and the price fair.

Every morning, Jemal visits a nearby coffee shop around Megenagna, in Addis Ababa to start his day with a cup of  Jebena Buna, a locally brewed coffee. 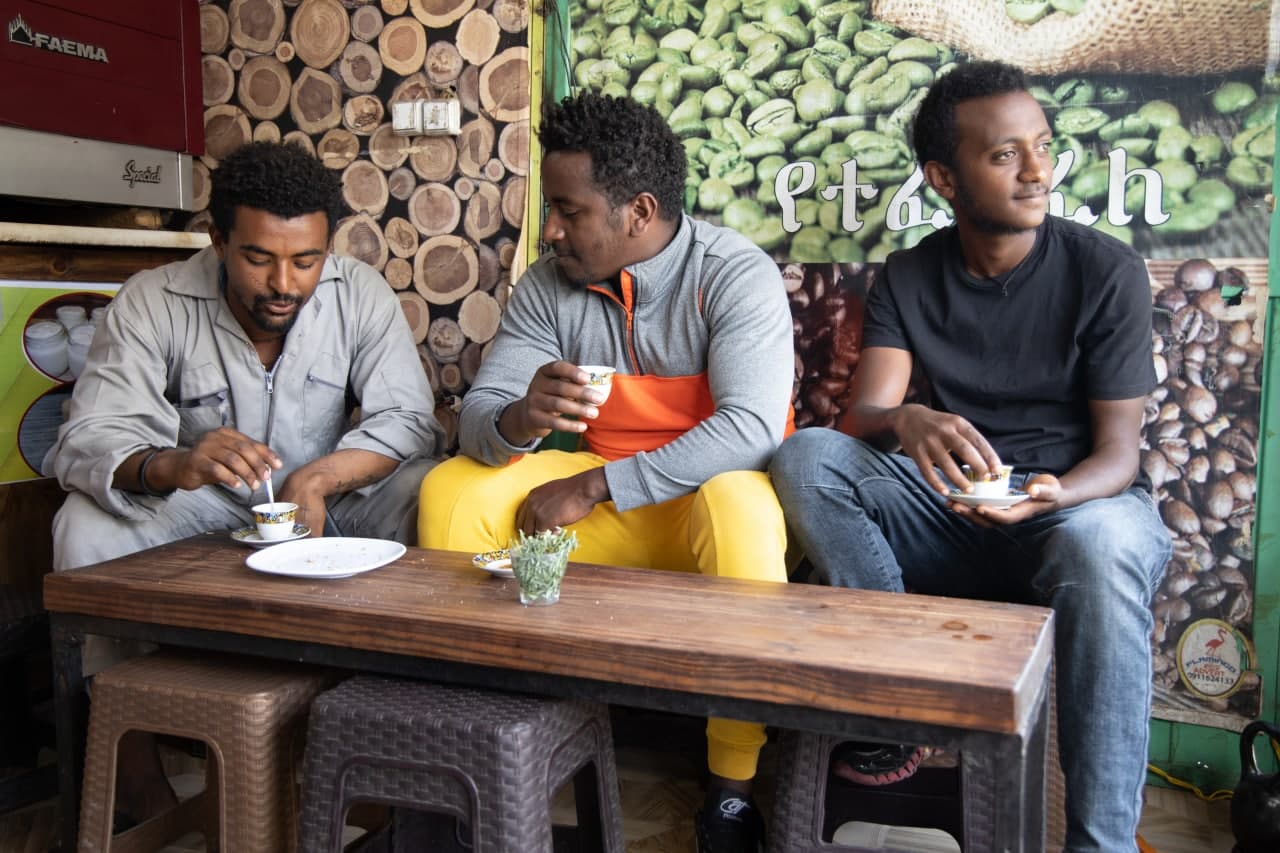 “Coffee is my soft spot, I can’t go to work without having a cup of it,” Jemal told Addis Zeybe. “As the price was fair I didn’t consider it as my significant monthly expense”

However, the rising price of coffee he experienced these days forced him to spend some days without coffee. He says he was charged 8 Br. for a cup a week ago. But last Monday on Feb 15 he found out the price grew by 50% and was asked to pay 15 Br.

“This is totally unreasonable,” Jemal said nervously. “Yesterday I paid 8 Br. How could everything dramatically turn up in a single night?” His comment attracts the surrounding people who were waiting for their coffee to be served, except one.

As he began speaking with a serious tone, the coffee seller Alemnesh Fetene, 32, who was listening to the whole conversation seemed unwilling to respond to Jemal’s complaint.

As her customers went off, she broke her silence. “The market is beyond our control,” she said. When she visited the market a week before she found the price of coffee beans doubled.

“Last month I bought a kilo of coffee which sold for 200 Br., but now, the shopkeeper charged me 400 Br. per kg,” Alemnesh said “We also have other costs such as rental and other inputs like sugar, that is why we increased the price”.

Alemnesh is not the only coffee vendor that charges customers an additional price. Several others who sell Jebena Buna located in different corners of the city and big coffee chains including Tomoka have also increased the price of a cup of coffee. 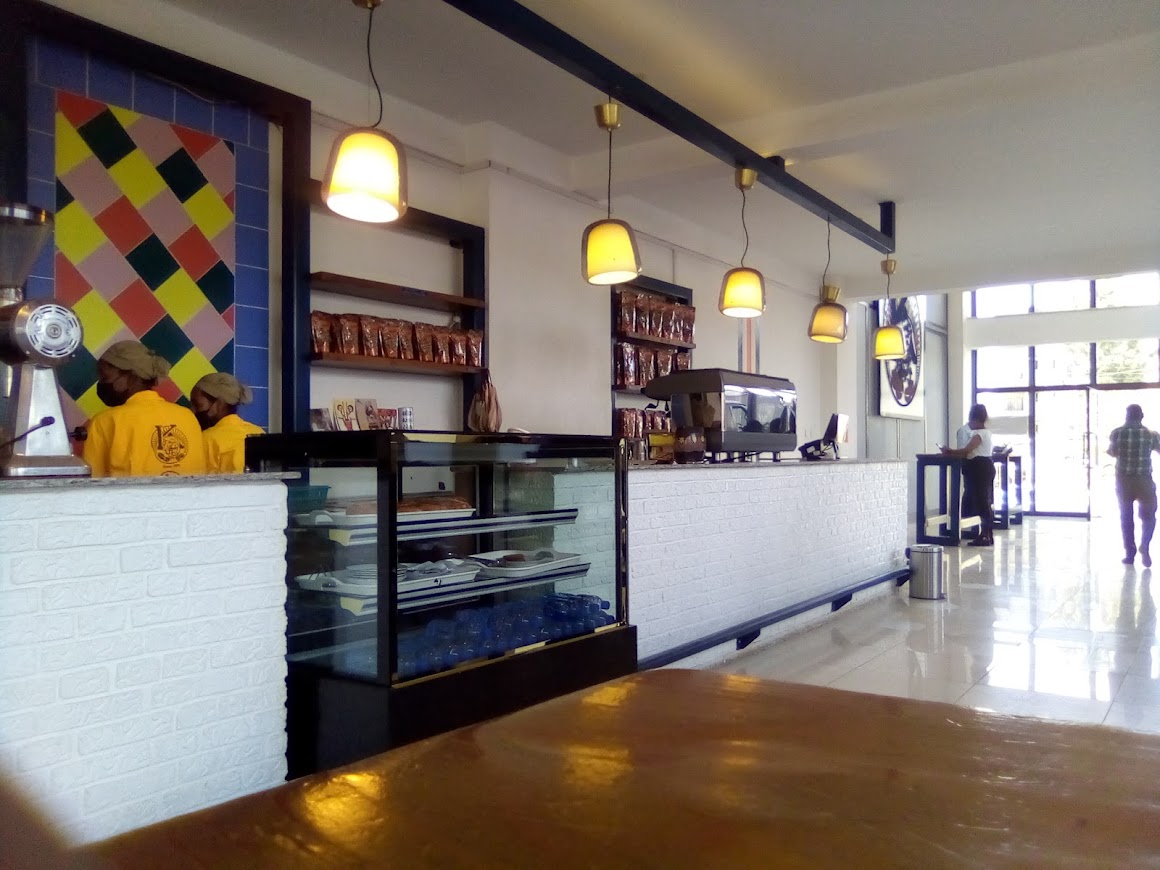 The price of a cup of coffee at Tomoka, one of the biggest coffee shops in the city, was just about 25 Br. When Samuel Taffesse visited one of its branches found around Meskel Flower, last Tuesday, Feb 22, he found the price rose up to 38 Br.

“I understand the price of goods has increased in the market, such an exaggerated price rise on coffee is not fair though. But I haven’t seen a customer complaining about it. They seem not to feel the pressure much, ” he said.

Kirubel Seyume is Chief Operation Officer at Tomoka, says since coffee prices have increased by a record high rate in the global market and in Ethiopia as well, therefore the price increase at Tomoka should not be surprising.

“We have made only a 30 percent increase in the price of our products like coffee and Macchiato. We don’t want to add more than this,” said Kirubel.

According to the Chief Operation Manager, Tomoka sources its coffee from ECX and is working to source from its own farm very soon. Tomoca is subsidizing certain costs to provide its service with this price which the company considers as a fair price.

“The price hike in coffee is not only reason accountable for the price rise of a cup of coffee, however other essential inputs which are basic to serve brewed coffee have also shown significant increase over the months,” said Kirubel. “As we have no choice, we are forced to add some amount to the previous price, and our customers are accepting the price rise positively”

Though Kirubel justifies the rise as such, some of the customers we have spoken to, including Dawit Fikadu, seem to have different feelings.

“As the global demand for coffee Arabica, that is mainly produced by Ethiopiaincreased, Ethiopia's coffee was sold with a remarkable highest record price last year,” he said. “The past one year showed a great success in the coffee export price and coffee of Ethiopian origin  was sold relatively with a higher price than ever.”

According to the expert, this price rise attracted more Ethiopian exporters to source coffee from growing regions in the country. In the previous time, the only way coffee was traded in Ethiopia was via ECX. Now there are many alternative marketing channels that help growers sell their products directly to the exporters. These marketing channels also help the exporters get the best quality of products across the coffee growing regions. 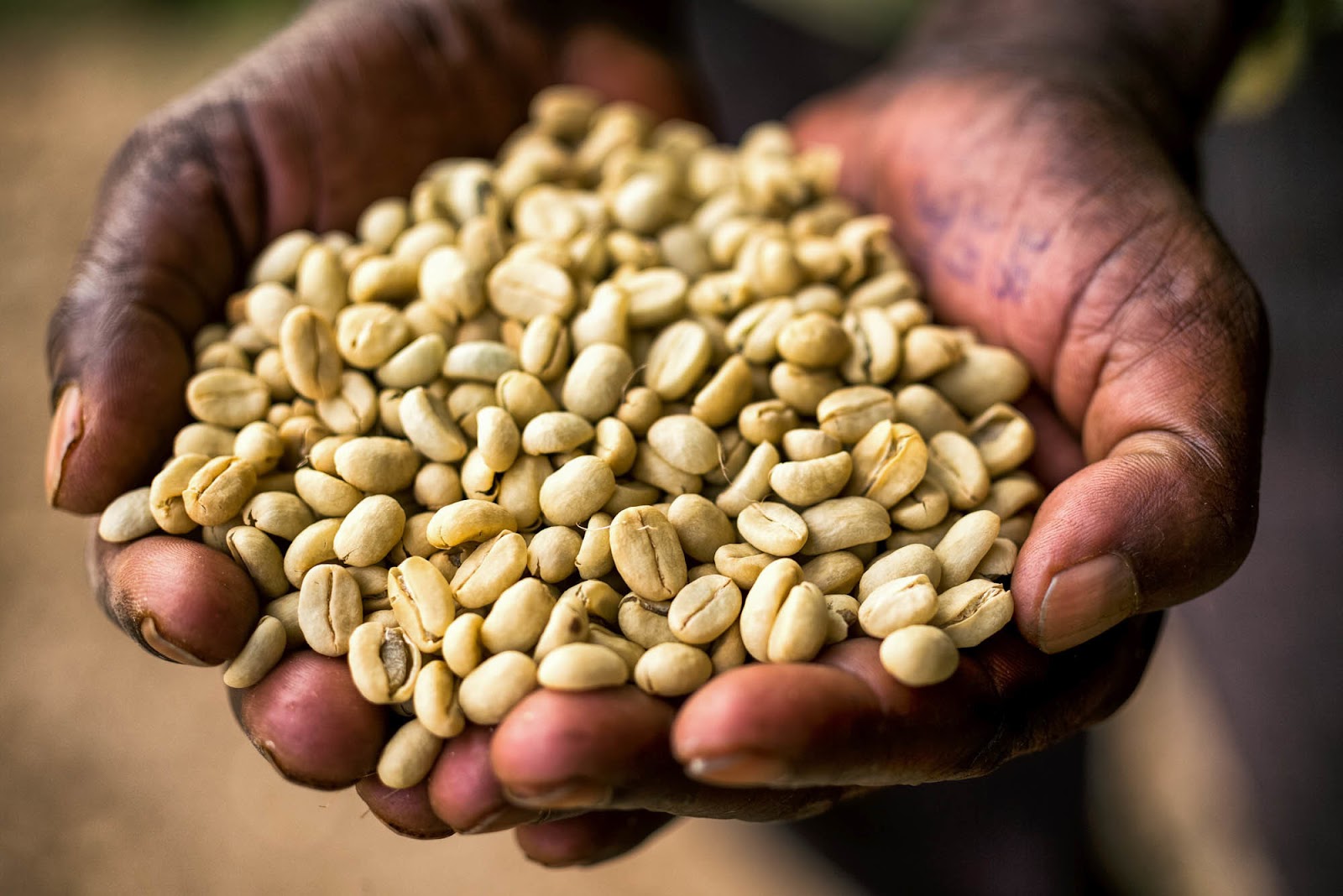 Last month, the Ethiopian Coffee and Tea authority said the country managed to earn a total of $645.1 million after exporting 162, 818 tonnes of coffee over the last seven months. Both the revenue and volume have also shown a $299 million and 59, 010.11 tone increase as compared to the same period last year, it said.

The Authority said fruitful efforts to resolve challenges of the export trade have been facing, and the improving price at the international market have played a considerable role in the positive export performance of the sector. Strict follow up on coffee trade and collaborative efforts of the exporters, growers, suppliers and sector actors at all levels have also contributed to the performance

With more than 400 coffee exporters and 30 import-export companies, the last fiscal year of the country saw growth with 270,835 tons of coffee sold and 854.2 million dollars generated. This represents a 17% boost in volume and a 12% increase in value from the last fiscal year.

Coffee lovers are unhappy about the increase of the coffee price on each cup of coffee which they consume every day, yet Elias, the coffee expert, sees the price rise as a favorable condition for the export market. It has contributed a lot to the country’s economy.

Tesfa Alemayehu, a communication expert at Tea and Coffee Authority, which is established with the aim of increasing Ethiopia’s benefit from tea and coffee, agrees on the impact of the international market price in the local coffee price surge.

“But further assessment is needed to learn the biggest picture for the price rise on the value added coffee products. As the product goes through various market channels after the farmer uncontrollably, other stakeholders including the Ministry of Trade need to look at the issues.”

OPINION
PREVIOUS ARTICLEFrom US Embassy opening a consular office in Mekelle to people killed in mine collapse: Weekly summary
NEXT ARTICLETulu Kapi gold project resumes after halt over security concerns

Ethiopia will start exporting wheat starting from next year says, PM Abiy, while experts and data do not actually attest to the claim

What made Kenya darling of tech giants over other peer countries?

In this era of an enormous tech race, Kenya’s Silicon Savannah success story would be an experience worth emulating for other African countries.