Among the Basin’s riparian states, Egypt and Rwanda were not in attendance, though officially invited

Hiwot is a senior content editor at Addis Zeybe. Passionate about literature and writing, she is an author and former English news anchor at Addis Media Network.

A forum on equitable and reasonable utilization of the Nile water resource (Afrirun) commenced today in Addis Ababa with the participation of high-level delegates from the downstream and upstream Nile basin countries.

Among the Nile Basin riparian states, Egypt and Rwanda were not in attendance, though officially invited.

The forum, to be held for three days, is expected to deliberate on Ethiopia and the basin's efforts toward self-sufficiency using the Nile water resources.

The agenda of the forum focuses on the efforts of the upper riparian and lower riparian countries in changing the lives of their citizens for the better with a fair share of the Nile.

“Bringing together high-level delegates of the Nile basin countries for talks of common interests is important in ensuring a fair share of the utilization of the resource,” said Abule Mehari (Ph.D.), a member of the organizing committee.

He further noted that there’s a misconception that the Nile is only shared by Ethiopia, Sudan, and Egypt. However, there are eleven countries across the basin and all should have a say in the fair utilization of the resource.

In his opening remarks, Habtamu Itefa (Ph.D.), Minister of Water and Energy, said that the conference is “an opportunity to further strengthen our partnership, networking, advocacy of our voice and influence the international community for the required support we need.”

The minister added that as the largest energy deficient nation in the continent, Ethiopia’s construction of the Grand Renaissance Dam should be encouraged and the challenges the country is facing with “allegations and unfair judgments” should be checked.

Demeke Mekonnen, Deputy Prime Minister and Minister of Foreign Affairs of Ethiopia urged researchers in the region to undertake joint scientific studies on the ways of agreeing on equity in the basin.

Demeke put forward his hopes that “the results of the deliberations, suggestions, and recommendations could be captured for input in policy making” in the Nile basin countries.

He also appealed to Nile Basin riparian states to the materialization of the Cooperative Framework Agreement (CFA) which outlines principles, rights, and obligations for cooperative management and development of the Nile Basin water resources. 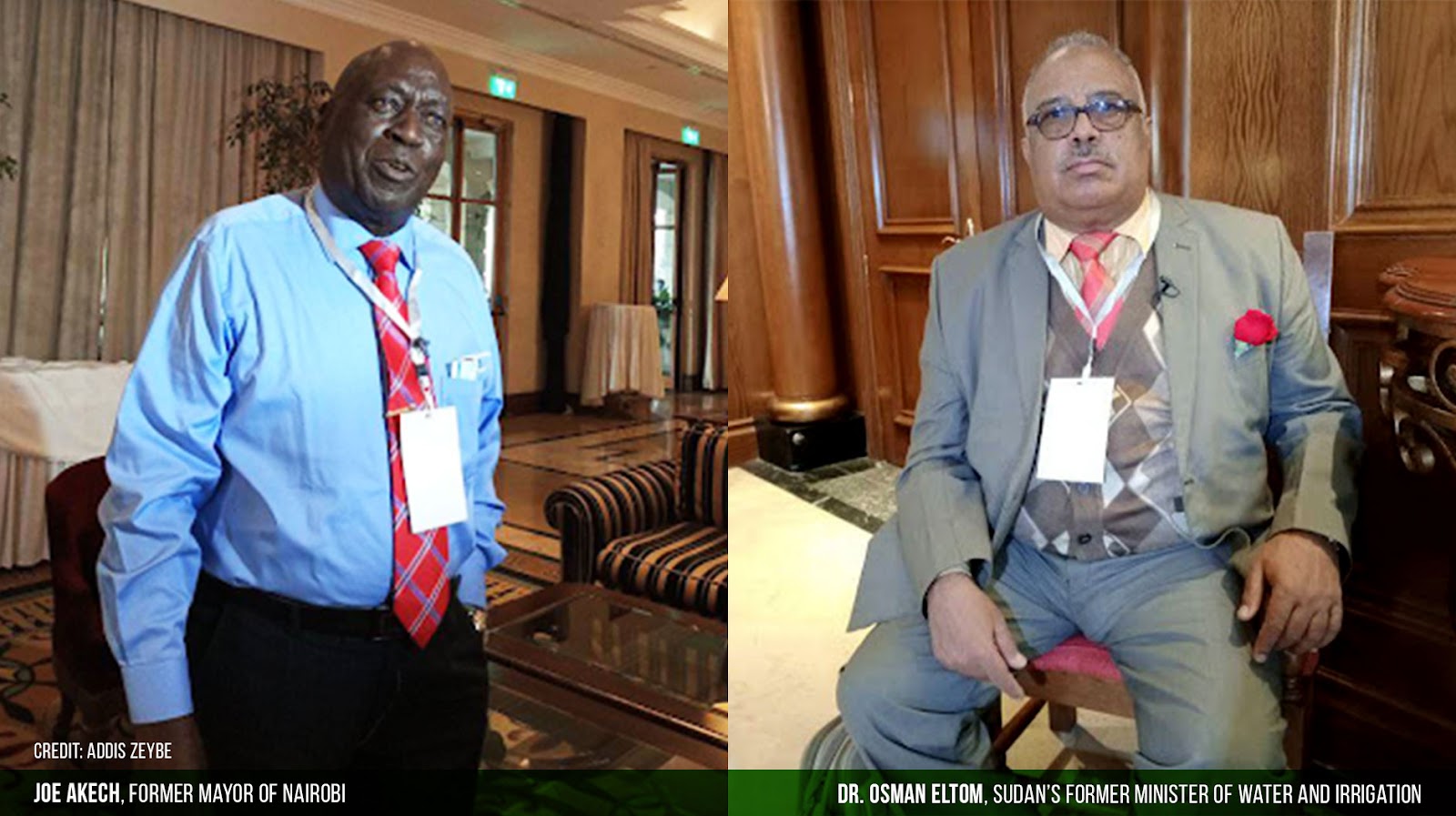 The former mayor of Nairobi, Joe Akech, told Addis Zeybe that Africa must be proud of what Ethiopia is doing [with GERD] and that it shouldn’t be provoked for its efforts to use the Nile waters.

“Ethiopia has been very tolerant in this issue of the Nile river. The other sides that are not happy with what Ethiopia is doing don’t show any sign of significance in terms of what they are trying to do against Ethiopia,” he said.

Mentioning Kenya recently signed an agreement with Ethiopia on energy issues, Joe Akech stressed that the building of the dam gives more opportunity not only to the Ethiopian people but also to the people within the region.

He noted that the resolution must go to the AU, and Egypt must be notified that they can come in and listen for the benefit of all.

Sudan’s former minister of water and irrigation, Dr. Osman Eltom, told Addis Zeybe that he’s proud of Ethiopia’s continued efforts on bringing every stakeholder to a table so they sit and talk.

“I remember in 1997, we had the first such gathering in Addis Ababa. It was called the Nile 2002 Conferences, helped by Canada. It was held for 5 days. In the beginning, everyone was hiding in his own corner. But toward the end of the forum, people started talking and sharing ideas and seeing through the eyes of others. This conference is a continuation, if not linked directly,” said Dr. Osman.

Among the 11 Nile Basin riparian states, the Eastern African countries in the basin are said to amount to 2/3rd of Africa’s entire population. Still, 70% of this population relies on agrarian agriculture.

The participants indicated that the region, known for the recurring food insecurity issues, should make use of the Nile river as it is adequate for all if shared equitably.

The forum discusses the riparians’ perspectives on equitable and reasonable utilization of the Nile water resources. A series of such conferences building on evidence-based deliberations are expected to form governments and policymakers of the Nile basin countries to promote cooperation through designing development policies and investments on the Nile.

Demeke Mekonnen said that the forum will continue as an annual event henceforth.

CURRENT AFFAIRSAddis Ababa
PREVIOUS ARTICLENiksat: the Ethiopian tattoo tradition - past and present
NEXT ARTICLELife under the bridges of Addis Ababa