Prime Minister Abiy Ahmed launched the Green Legacy campaign with the supposition of creating balance in the country’s ecosystem and afforesting the nation. On the contrary, trees are consistently being cut down in all parts of the country to fill the gap in the energy demand. How will Ethiopia balance the paradox?

According to the International Trade Administration's July 2022 report, despite Ethiopia’s rising electricity demand every year, the supply still falls short of meeting the expectation. This energy shortage is happening in spite of the country’s untapped potential to generate even beyond the demand.

Ethiopia, known as the 'water tower’ of Africa, gets its 90% energy source from the hydro-electric power plants - generated from its dams built on the major rivers. Though the country has the potential to generate 45,000 MW of electricity from its water bodies, the state-owned Ethiopian Electric Power - the only power generating company, generates only around 2,250 MW from the hydroelectric power plants.

According to Abel Zerfu, an Electrical Engineer working on renewable energy, the energy demand typically increases during the rainy season, covering June, July, and August (with a high amount of rain especially in the highlands). This is due to more consumption of power for different activities to resist the cold though Ethiopia is not one of the countries with extreme weather polarities requiring air conditioning. “People spend more time at home during winter, consuming more energy. This causes power interruptions to occur more often than the rest of the year,” says Abel.

In addition to that, the electric power distribution grid lines get easily damaged because of high-speed wind and high amounts of rain in winter, according to Abel.

Netsanet Wegene, a stay-at-home mother living in Adama town, attests to this saying power interruption is a norm, especially during winter. “I use stoves, a refrigerator, and an electric pan to bake injera (the staple food of many in Ethiopia). All these need electricity. But the power interruption occurs many times a day,” She comments.

This frequent power interruption - load shedding - as Abel calls it, is evidence that the power demand and supply in the country are unmatched. To make up for the gap, many in Ethiopia opt for other options, such as charcoal and firewood.

A 2021 study conducted on power outages in Ethiopia by Tinsaye Hadush and Marc Jeuland clarifies this: "Frequent and long-lasting disruptions of electricity supply, both predictable (e.g., due to regular load shedding) and unpredictable (e.g., from equipment failure or overloaded transmission and distribution infrastructure), force households and enterprises to maintain a stock of alternatives … such as charcoal, fuelwood, kerosene, and LPG, many of which are also highly polluting."

This only concerns less than half of the Ethiopian population as a 2018 report indicated that only 45% of Ethiopians access electricity. The rest are already dependent on charcoal and firewood for energy, irrespective of seasonal changes. 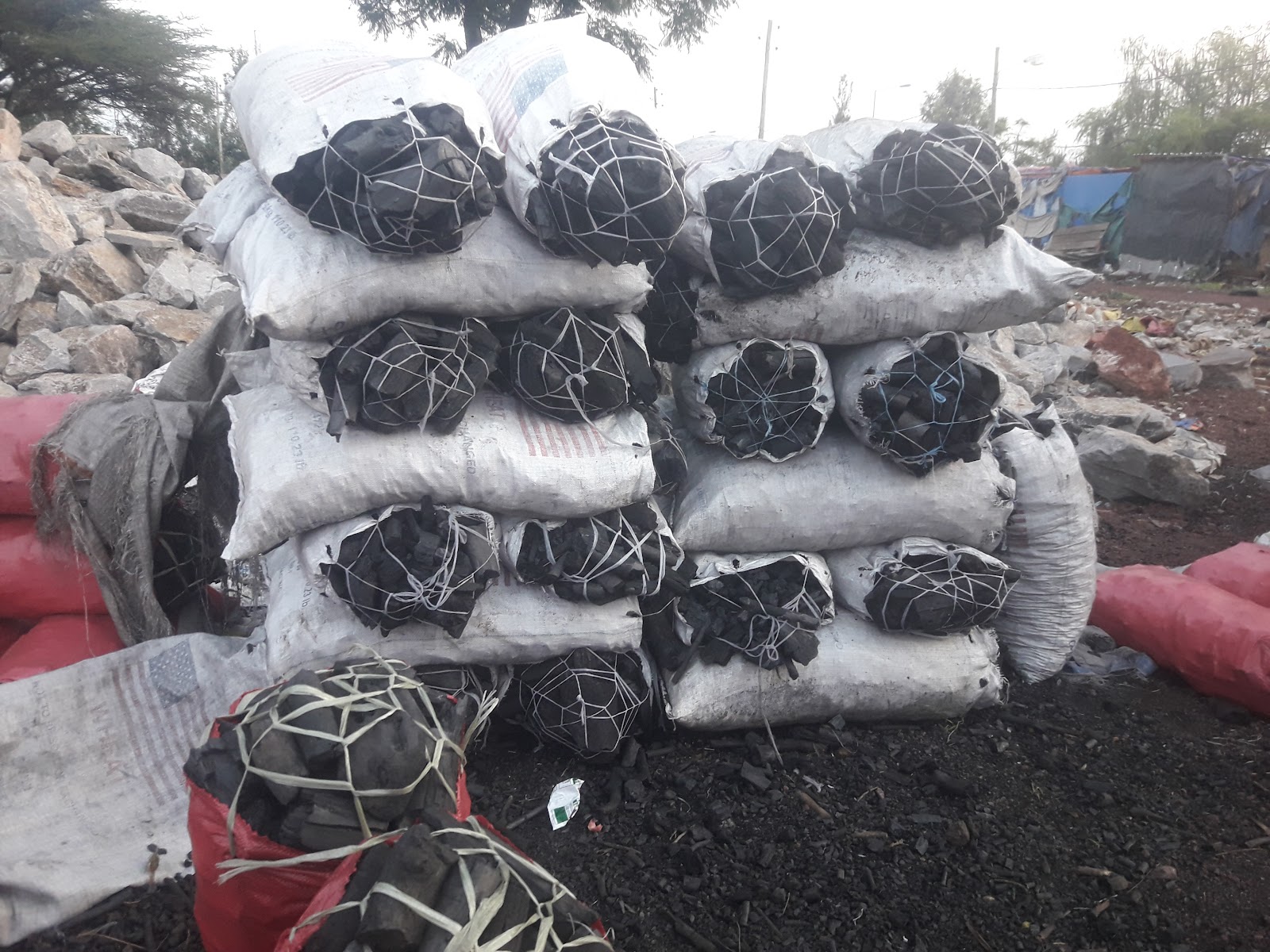 This brings us to the government’s current effort to increase the country’s forest coverage under the initiative Green Legacy. As stated on the initiative’s official website, the campaign aims at creating “a greener and cleaner Ethiopia”, acquaint citizens with “Ethiopia’s frightening environmental degradation, and educate society on the importance of adapting green behavior”.

This campaign was preceded by the "Two trees for millennium" movement that was launched during the Ethiopian Millennium (in 2007 - as Ethiopia falls seven years behind the Gregorian Calendar). It encouraged the Ethiopian citizens to plant two trees each.

There were subsequent events during the Ethiopian millennium where many participated in planting saplings of indigenous trees. However, Prime Minister Abiy’s Green Legacy movement has given it a new peak.

Planning to plant over 20 billion saplings within 4 years, the Green Legacy campaign managed to plant 18 billion so far, with an 80% survival rate, according to PM Abiy.

Still, in proportion with those planted, other grown trees are cut for energy consumption.

Because of the repeated power outage, Netsanet uses alternative energy sources, such as charcoal and firewood to cook food, bake injera, and do other activities. She uses 50 kg of charcoal currently costing from 400 - 500 ETB (about 8-10 USD), which holds her up for a month or so.

Beyene, a charcoal merchant in Adama, also agrees that many people use more charcoal during winter. He says, “Last year, the cost of 50 kg of charcoal was 300 ETB. Now we sell it for up to 400 and 450 ETB.” As Beyene told us, the supply of charcoal is from the Afar region.

This internationally proven environment-polluting activity of producing charcoal, Beyene says, is carried out vigorously in May and June (prior to the heavy winter), for there could be flooding once winter settles.

Though the Afar region is one of the driest regions in Ethiopia with a minimum amount of rainfall compared to other parts of the country, it could also be flooded sometimes. To avoid this, the charcoal kiln men prepare ahead of the rainy season and accumulate a large stock of charcoal, adequate enough to spend the whole winter. 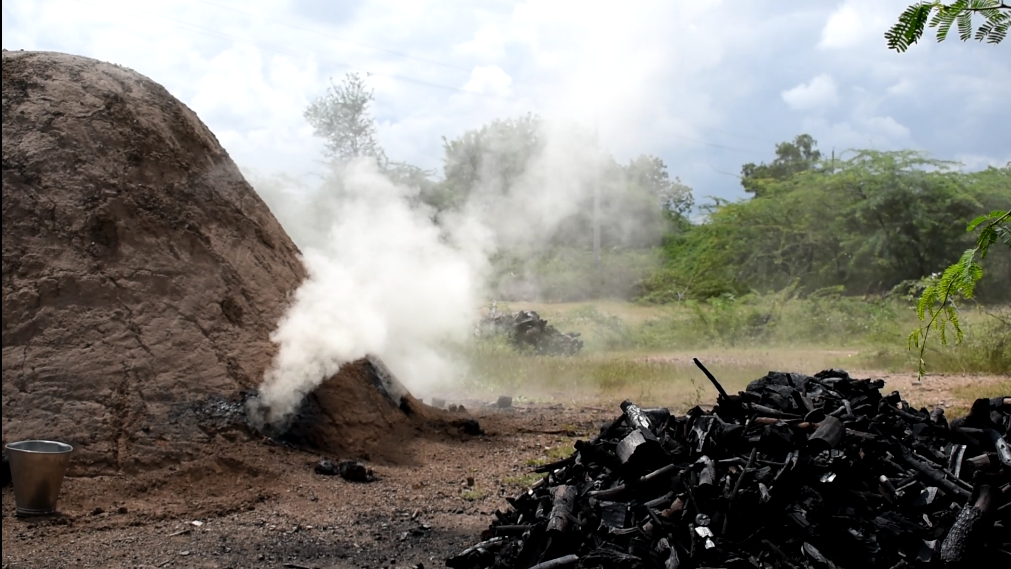 Consulting the Ethiopian Electric Power’s table of energy potential and distribution, we can see that 50% of the 1120 million tons of wood the country is capable of supplying is used annually.

Beyene pointed out that the charcoal producers mainly use the very expansive (invasive) tree called Prosopis Juliflora in Afar because of its excessive growth in the area. Charcoal-producing areas in Ethiopia are the low land areas like Afar and Somali.

Ethiopia, a country with a variety of resources striving to build a climate-resilient economy covering all of its energy demand from renewable energy, uses only 4.5% of its hydropower potential while its consumption of the high carbon-emitting charcoal and fuelwood is staggering at 50%.

Belaynesh Biru, an environmentalist who worked in government offices at different positions, says the winter tree planting campaign is a good tradition. “However, it’s just the government’s initiative and organization; the people haven’t taken the practice to heart yet,” she remarks.

“As long as the government fails to regularly supply the required power, the people continue to look for their own means of energy source.”

Abel Zerfu talks about the cyclic relation of trees, rain, and water bodies which host power-generating plants. He says, “If we plant more trees, we invite in the rain. The rains fill up the dams. That in turn helps the power plants to generate more power. But we are cutting the trees back again as we can’t satisfy our energy needs with hydropower generation alone.”

Energy demand is increasing as the power supply is falling short. Trees are planted every year yet many trees are cut to make up for the energy demand gap. This has created an endless circle, as Abel indicated, which will be an impediment for Ethiopia from realizing the prospective benefits of its green legacy campaigns.

What can Ethiopians do to balance this paradox?

There are prospective solutions to this paradox as Ethiopia is continuing to look for ways to boost its power generation, according to the people we talked to.

Building mega hydroelectric power plants like that of the Grand Renaissance Dam is among them. Such projects are expected to help the nation by reducing reliance on fuelwood and charcoal, the threats to deforestation.

Among the recommended solutions is linking afforestation projects to carbon financing so that people feel encouraged to plant trees and generate income to improve their livelihoods, and at the same time contribute to ecosystem services.

Giving due focus to conservation and affordable stove technologies is the other mentioned potential solution.
Edited and co-written by Hiwot Walelign, senior Content Editor at Addis Zeybe