Abiy is the Editor-in-Chief of Addis Zeybe. He has intense experience in journalism, visual communication, and online media. Abiy has worked in various editorial positions for The Daily Monitor, The Reporter, Fortune, and BBC Media Action.

Spotify has started releasing visual and audio ads designed in the Amharic language encouraging the Ethiopian audience to create a free account and enjoy listening to its collection of international music.

Users in Ethiopia were not permitted to access Spotify from Ethiopia; some used to create accounts and listen to songs using a VPN.

Spotify commenced operations in Ethiopia following the launch of a well-integrated local music streaming app called Sewasew. Sewasew kicked off its app on Oct 9, 2022, and began signing in a number of prominent musicians into its service including the renowned pop star Teddy Afro.

Some Ethiopian music albums are already released on Sewasew with the recent album of a well-liked vocalist Henok Abebe.

Sewasew’s signing of Teddy Afro has put the service in the spotlight to the attention of the music community in Ethiopia.

It is to be reminded that Teddy Afro hit the Billboard number one sales record with his last album "Ethiopia" which was released in 2017. 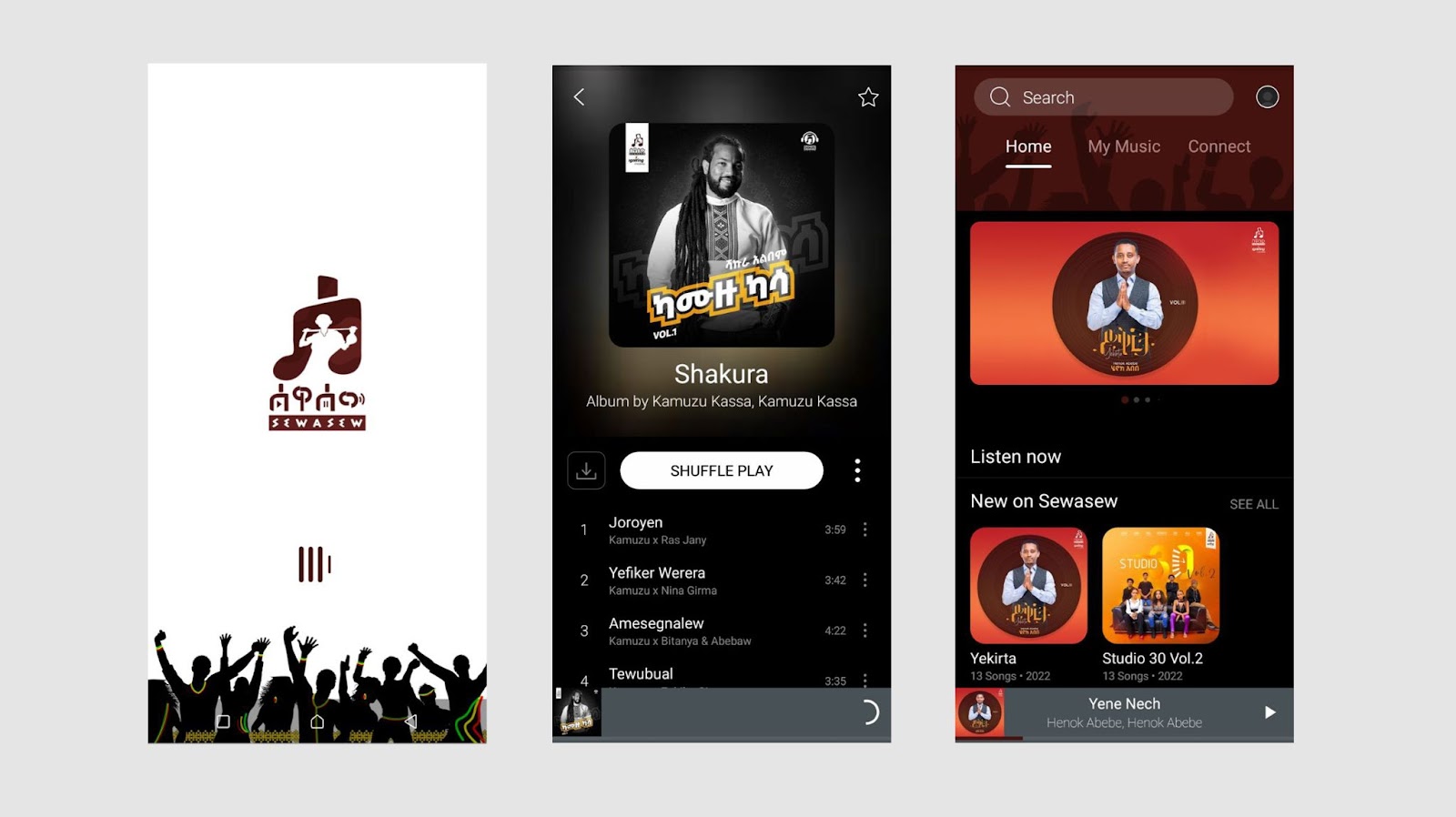 Habtu sees Spotify’s starting its services in Ethiopia positively while confiding that it wouldn’t threaten their service as a competitor.

“Spotify’s going live in Ethiopia is interesting in a way that it’d play an important role in developing the musical taste of the audience. However, since about 81 thousand songs are uploaded on Spotify daily, it’s unlikely for the Ethiopian vocalist to get the visibility it needs to attain among the local audience on the platform.”

Audiences in Ethiopia now can access Spotify’s service by creating a free account. With the free account, subscribers can listen to music and audio content only online, and skip songs only six times per hour.

However, by paying a 9.9$ (535.5 ETB) Spotify premium through PayPal or MasterCard, users can listen to songs they love and discover new music and podcasts with unlimited skips and offline by downloading them.

It is estimated that artists can make an average of $3,300 to $3,500 per 1 million streams by releasing their work on Spotify.

Habtu disclosed to Addis Zeybe that Sewasew has come up with an attractive benefits scheme for the musicians compared to market standards of the time.

“Sewasew gives a payment starting from 1 million ETB for a new amateur musician as an annual royalty fee when he signs a contract with us. And further payments will be settled to the artist based on the number of streams,” he said.

It has been reported that the worldwide music production platform Spotify has 456 million users, including 195 million premium subscribers.

Spotify first launched its service in Africa in Algeria, Egypt, South Africa, Tunisia, and Egypt, and in 2021 it became available to other African countries, including Ghana, Nigeria, Uganda, and Senegal, but by that time Ethiopia was not included.

Music streaming service was not acquainted in Ethiopia until a platform called Awtar was launched in 2019. Several renowned musicians like the late Elias Melka and Haile Roots were behind the Awtar music streaming initiative.

However, though Awtar produced and distributed a number of songs and albums of many significant musicians, professionals in the field opine that it couldn’t succeed in the music industry as expected.

A popular music composer who prefers to speak anonymously said Awtar has basically failed due to the benefit disagreement it had with the signed musicians along with other technical issues.

“Various huge artists and works have been released via Awtar. But as the musicians had complaints about the benefits and payments they would get, the platform couldn’t maintain the trust it should have from the actors in the music industry,” he said.