Sidama coffee is one of Ethiopia's local coffee variants & is among the coffee brands the well-known franchise, Starbacks, uses to brew coffee

Zerfu Bontayo, a coffee farmer in the Bensa woreda of the Sidama region, grows coffee on his two hectares of farmland. He provides for his family with the income he earns from the sales - but says what he brings home is meager compared to what he spends to cultivate and harvest it.

“The cost of fertilizer and seeds as well as the expense of paid laborers to till the land is high,” says Zerfu, telling us he pays 500 ETB (about 10 USD) to buy fertilizer for his plot of land two times a year.

More than 360,000 farmers like Zerfu cultivate coffee in Sidama’s 28 districts. The plant is grown on 161,000 hectares, with 131,000 of it giving yield. However, what the farmers spend on seeds, fertilizers and fieldhands is not adequate compared to the income they obtain from selling their produce.

According to information provided by the Ministry of Agriculture, Ethiopia brought in 1.4 billion USD in revenue during the 2021/22 fiscal year, having sent 300,000 tons of coffee beans around the world.

Among a range of agricultural products that Ethiopia cultivates, coffee is the nation’s most profitable export. But farmers who find themselves at the “root of the pyramid in the coffee market chain” – are not benefiting as much as they should, says Mindaye Mitku, Director of Development and Protection of Coffee, Fruits & Spices in Sidama region. 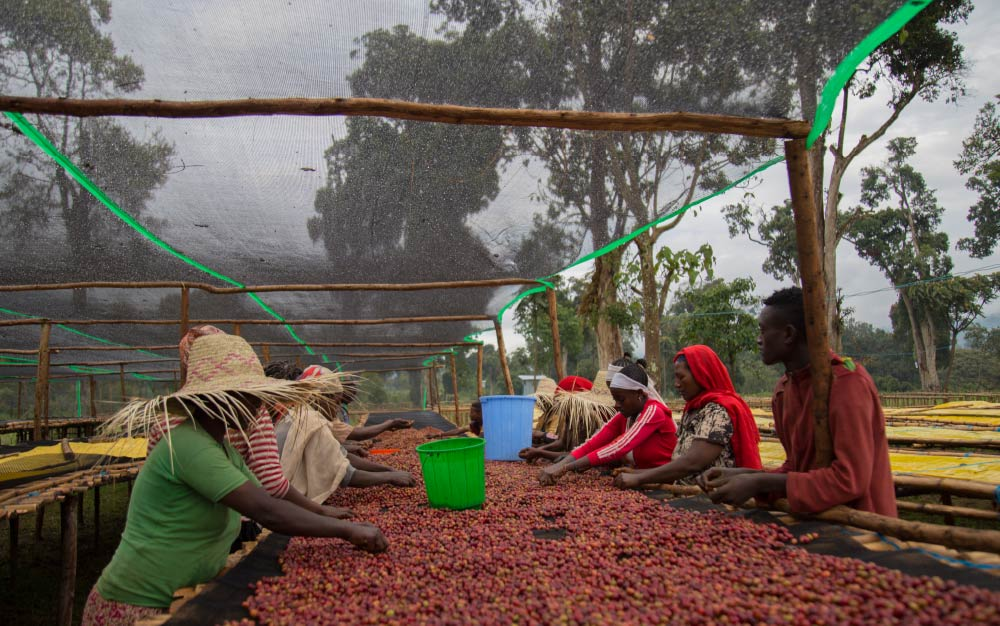 Zerfu explains that he plants 2000 coffee seedlings on his 2 hectares of land, buying 1 seedling for 10 ETB (0.2 USD). The fertilizer he buys is composed of cattle manure and green plants together. Since half of the seedlings dry up without becoming fruitful, he has to plant 2 times a year.

“The associations buy 1 kg of coffee beans from us with 9 ETB (0.19 USD). Compared to our expenses and toil, it’s nothing,” he says.

Mindaye asserts the supplier associations are entitled to make money from the coffee as they add value to it by filtering, hulling and washing the beans. Still, he believes the farmers deserve more.

Sidama Region Coffee, Fruits and Spices Authority General Director, Shimelis Hatiso, told Addis Zeybe that there are 450 associations, commonly called industries, in 21 districts of Sidama region that receive coffee products from the farmers. These industries are run by individuals (private investors), stocks or associations, and their purpose is to filter and wash coffee before they sell it into the international market as they have export licenses.

Among the country's local coffee variants, Sidama, Yirgacheffe, Harar, Jimma, Limu, Nekemt, and Tepi are well known around the world. These beans are named after the places they grow around Ethiopia.

Sidama coffee is known to have a distinct taste and is an organic Arabica blend that comes from the region. More popular than the Robusta coffee species, Arabica makes up 60% of coffee-bean production in the world. It tastes sweet and flavorful, according to coffee drinkers and experts.

The information from the Sidama Region’s Agricultural Office indicates that 27,049 tones of the harvested Sidama coffee was exported in 2021/22 while the rest was used for domestic consumption.

There is also a coffee farmers’ union in Sidama consisting of more than 80,000 farmers. Some 64 primary cooperatives provide financial, marketing, and various infrastructure support to the member farmers in the unions.

Farmers supply their products to the unions they belong to. The unions hull, filter and wash the beans and provide it to the central market. 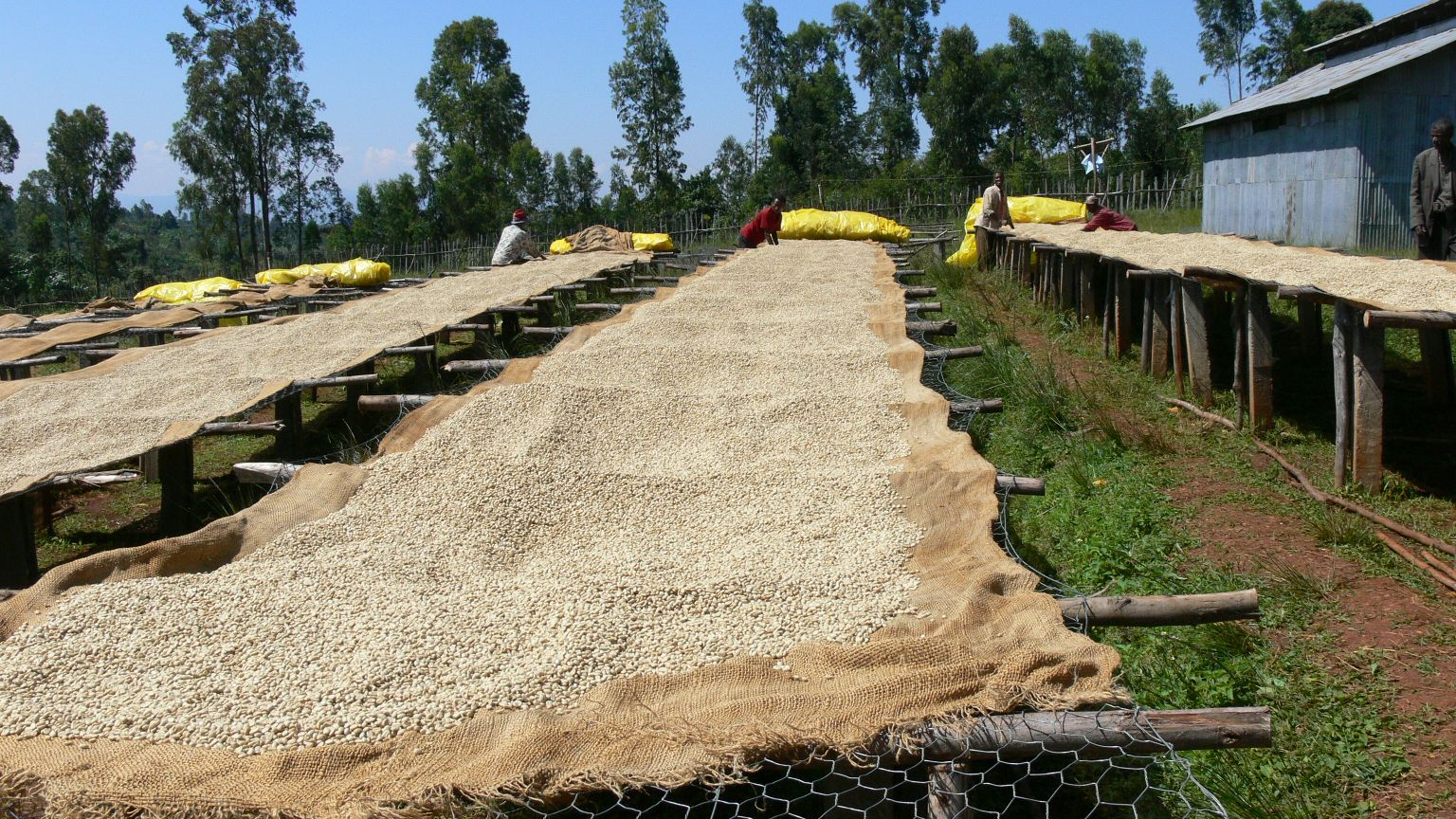 What’s called the central market is a place where coffee bean sellers and buyers meet and trade it via auction. There used to be a central market in Hawassa, the capital town of Sidama region, but when the Ethiopian Commodity Exchange (ECX) was established in 2008, coffee sellers started bringing their product to Addis Ababa.

ECX was hailed for giving relief to the farmers of coffee, oilseeds and other crops as its aim was protecting the rights of each actor in the market chain.

ECX transported the coffee for the farmers, provided warehouse to store the beans as well as made local and international markets accessible to them in one place. Until 2017, it was mandatory for coffee traders to bring their produce to the ECX for auction.

However, the Ethiopian Coffee and Tea Authority have now allowed exporters to establish their own warehouses after “coffee buyers expressed concerns about unreliable grading, poor quality control, and a lack of traceability”, according to Perfect Daily Grind. 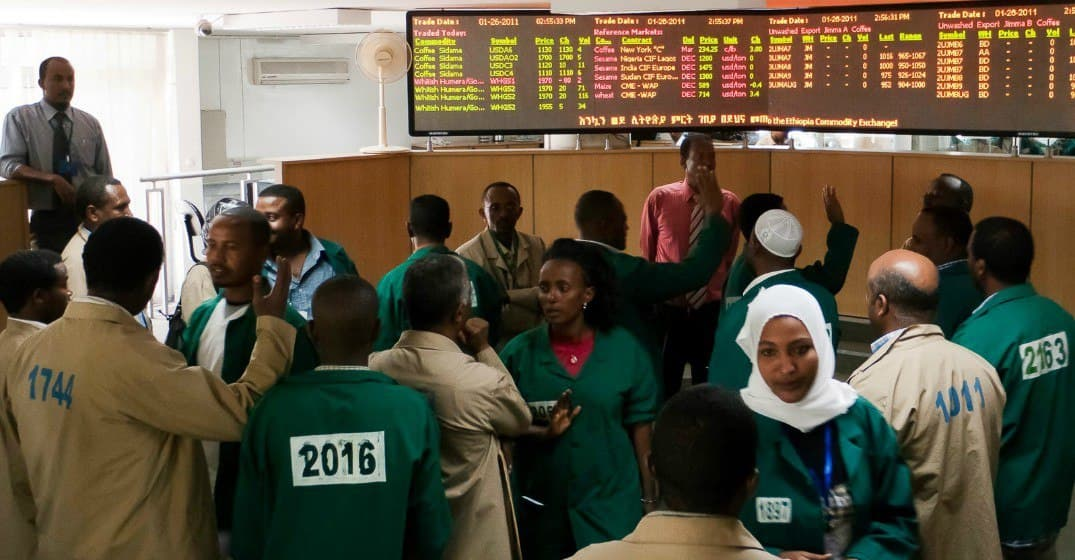 Auction at the ECX

Mindaye says due to lack of facility for the farmers to directly supply the products to the foreign market, the price of coffee cherries hasn’t been set for the farmer.

On top of this, there is also an illegal coffee trade that avoids the conventional market. In 2021/2022, 79,638 kg of coffee which should have been bought from coffee farmers in the Sidama region and taken directly to the central market was taken illegally to different parts of the country, according to Mindaye.

Mindaye explains that in the last four years, there have been market options that can eliminate the long business chain to some extent. Among the changes that have come, a system has been established where a producer farmer with more than two hectares of coffee fields can send the product directly to the market.

"Four years after the restructuring of the Ethiopian Coffee and Tea Authority, a free market has been created for farmers. In addition, a farmer with more than two hectares of private land and a map that can prove it has been granted an export permit and can startmarketing his products," he says.

This allows the farmer to sell a kilogram of unhulled coffee for 65 ETB (more than 1 USD) on average. This is a huge leap from the former 9 ETB (about 0.2 USD) that farmers used to sell to industries.

Sidama coffee is popular in many countries; mainly in the United States, Germany, Japan, South Korea , Belgium, and Saudi Arabia. It is also one of the coffee species the well-known coffeehouse franchise, Starbacks, uses to brew coffee.

To add value to this, investors have engaged in Yirgalem Integrated Agricultural Industrial Park, found in Sidama region, in producing processed coffee – washing, roasting, grinding and packaging it. They are expected to enter the market in the near future.

This goes in line with a 2012 initiative dubbed FairChain by Moyee, a Dutch-Ethiopian coffee processing company. FairChain promotes balanced distribution of profits among all actors in the coffee market chain. The scheme also encourages coffee-producing countries to process coffee instead of exporting green coffee beans to the international market.

“FairChain is all about helping the people who grow our coffee to enjoy a bigger chunk of the €4 we spend on our double shot cappuccinos. It’s about helping coffee growing countries like Ethiopia to start roasting, bagging, branding and selling their own coffee,” states the initiative.

Cup of Excellence represents another chance for coffee farmers. It is an international competition platform which identifies the highest quality coffees produced around the world. This coffee-tasting program has been held annually in different countries since 1999.

The competition has put the farmers in their right place in the value chain, acknowledging them individually. It also gives the farmers the opportunity to take their products to the international market on their own. This eliminates the trade chain.

In this competition, the winner is expected to score more than 90% of the coffee samples presented in terms of taste. The farmer or production company has to pass six rounds to sit for the final competition.

Sidama Coffee won the Cup of Excellence held in Ethiopia in 2020 for a third consecutive year. Sidama won the competition with coffee suppliers. However, in 2022, Sidama coffee won on an individual level too. Legesse Botasa, the farmer who won, was able to sell one kg of coffee for 884.10 USD. 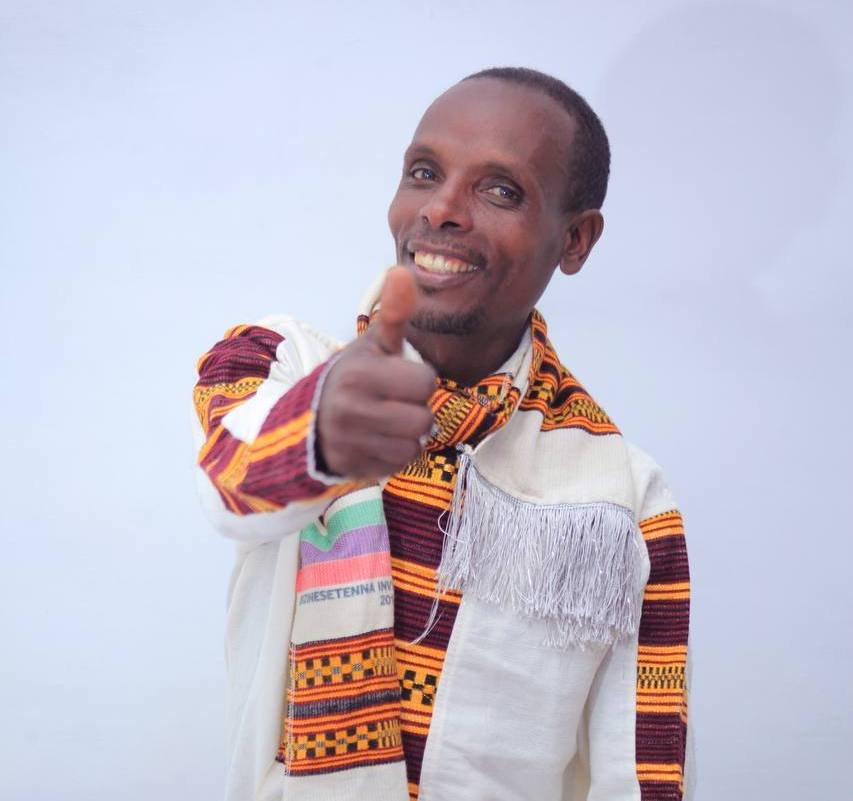 "A farmer can compete if he can provide proof that he owns a coffee field of more than two hectares, and if he can get training and confirmation from the relevant body," says Sidama Region’s Coffee Fruits and Spices Authority Executive Director Shimelish Hatiso.

“The introduction of Cup of Excellence has not only created a great stimulus for the coffee farmers in Ethiopia but also created job opportunities for many Ethiopians.”

Sidama farmers have continued to find ways to gain what is worth their expenses and efforts in growing the beans. Fortunately, different platforms are being presented to them to showcase their products.

Sidama coffee has continued to be among the favored ones in the international market.
Edited and co-written by Hiwot Walelign, senior Content Editor at Addis Zeybe