HaqCheck fact-checked a claim that alleges Prime Minister Abiy Ahmed went to North Korea for a two-day working visit. The Facebook post that was made on August 25 2021 shared two images in a bid to support the claim. The post went viral and by the time of writing had been shared more than 877 times. 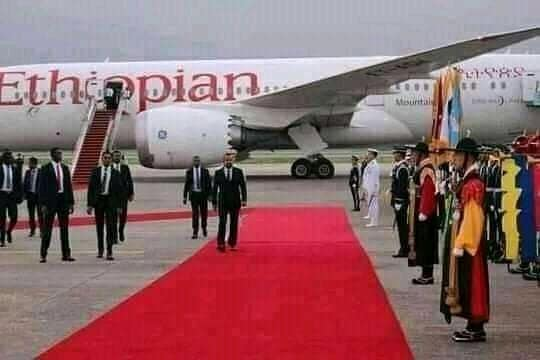 However, a reverse image search of the pictures by HaqCheck revealed that the images were first posted by the Office of the Prime Minister - Ethiopia, when PM Abiy Ahmed arrived in Seoul, South Korea, for a two-day state visit to meet with President Moon Jae exactly on the same day, two years ago, on Aug 25, 2019.

Despite the false claim that he is currently in South Korea, the Prime Minister was seen on national television welcoming Salva Kiir Mayardit, the President of the Republic of South Sudan, in Addis Ababa, on Aug 26, 2021. Moreover, there was no official announcement from the government regarding the Prime Minister's travel to North Korea.

Therefore, HaqCheck rendered the Facebook post and the claim FALSE, for the images posted as a reference to the claim don’t show a North Korean visit of the Ethiopian Prime Minister.

Drone shot down by TPLF forces

Another assertion that was fact-checked by HaqCheck during the fourth week of August 2021 was a Twitter post claiming that a drone belonging to the Ethiopian National Defense Forces had been shot down by TPLF forces during a recent engagement in the Amhara regional state.

The tweet reads “... the Tigray Defense Forces have shot down one of the drones used by the Ethiopian federal government in a battlefront in Amhara region….” and by the time this summary has been prepared it was retweeted and quote-tweeted more than 430 and 100 times respectively. 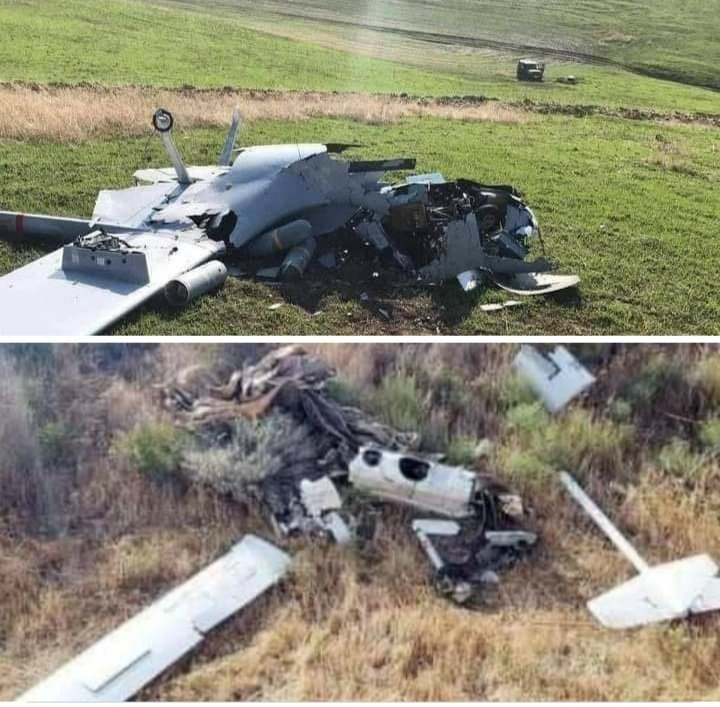 HaqCheck interrogated the authenticity of the two images in the tweet and confirmed that the pictures do not show an Ethiopian Unmanned Combat Aerial Vehicle, that is asserted by the post, to have been shot down by TPLF forces during a recent assault.

The first image was shared on October 20, 2020, for the first time and shows a destroyed Turkish Unmanned Aerial Vehicle shot down by the defense army of Artsakh (Republic of Nagorno Karabakh - an ethnic Arman-inhabited territory that declared independence from Azerbaijan). The picture was captured during the 2020 Nagorno-Karabakh war between Armenia and Azerbaijan.

The second image in the tweet was first published on a website on July 16, 2020. The picture shows a shot down Armenian drone by Azerbaijani forces amid clashes that took place across the countries’ northern border area.

Therefore, HaqCheck rated the tweet FALSE as the images used to prove the claim are not authentic.

This week, a tweet posted on 25 August 2021 asserts that a recent speech by Daniel Kibret has a metaphorical message of genocidal intentions against the people of Tigray. It refers to a phrase in his statement that says “malignant tumor”. Daniel Kibret is an advisor to Prime Minister Abiy Ahmed. This tweet went viral and has been retweeted in the hundreds.

The cited phrase by Daniel Kibret comes from a speech he delivered, on August 17, at an artistic public speaking event entitled: “Ethiopia and External Pressure; Yesterday, Today, and Tomorrow” at the Ethiopian National Theatre.

Referring to the ongoing political chaos in Ethiopia, he said that there is a certain fatal disease that can only be cured through medical operation. He used the metaphor “tumor” to describe the disease which he stated has been growing in the country for the past 40 years.

He said “... the tumor must be removed through [medical] operation ... although that is painful. They may have told us ‘you better live with the tumor’... but they will not suffer the pain of the tumor for us. Why don't they just do it themselves ... by living with a tumor (like Taliban, for instance)? We should get rid of the tumor and be relieved…”

Addis Standard, a local news outlet, published an article of an English translation to a Facebook post by Temesgen Tiruneh, head of the Ethiopian National Intelligence and Security Service (NISS) on August 25, 2021. The article is published under the title “Intelligence Chief Vows to Eliminate TPLF, Followers of its I ideologies; Ramp Up Critic Against Foreign Countries”.

In the Facebook post, the intelligence chief criticized some foreign countries which consider themselves as “police of the world and teachers of democracy”, for supporting TPLF. However, The newspaper, Addis Standard, quoted Temesgen criticizing these countries for “providing arms”, which is not actually said in his Facebook post.

Later on, The Ethiopian Media Authority (EMA), released a disinformation alert saying “a very sensitive content that jeopardizes national security interest”, was added. Addis Standard then admitted the misquote and officially apologized for it.

The Ethiopian Media Authority published another press release reminding media outlets to be responsible during reporting.

HaqCheck urges media outlets to be responsible and cautious while reporting and quoting in consideration of the sensitive political atmosphere of the country.

Public figures, politicians, government authorities, and all parties should be careful of their speech, especially regarding sensitive issues. They should use easy and understandable language and avoid ambiguity as much as possible.

Government authorities and institutions should provide timely information and updates on ongoing matters. They should also allow open information access to the media and journalists, and to the general public.

On the other hand, social media users are recommended to refer to original sources of video clips or images that are embedded to support claims. They are also advised to undertake an online search if they were ever published before. 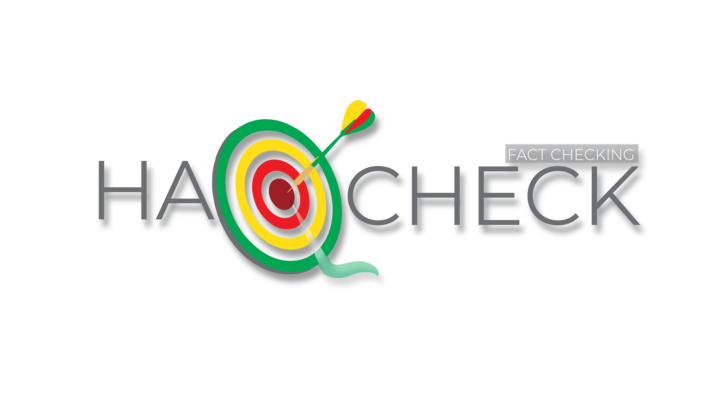