Gondar, with its walled Fasil Ghebbi fortress, is known for being the seat of Ethiopia’s emperors. Less well celebrated is the northern city’s distinctive traditional dress and attire.

The costume is deeply embedded in the region’s culture and tradition. The word Jano represents greatness, coming from the term “Jan-hoy” which means ‘Your Majesty’, according to the Gondar City Administration Culture and Tourism Bureau. Some evidence suggests that wearing a Jano dates back to the reign of Emperor Sertse Dengel in the 16th century.

Jano consists of a white cloth (ሸማ) with a red diagonal stripe (ጥለት). This garment served as a royal robe in the past. It is regarded as a symbol of honor and title, displaying heroism for the heroes who served their country’s sovereignty.

Jano’s single red pattern can be made in wide or narrow prints. It is paired with the main attire, which is a 12-meter white, thin, cotton-made cloth.

Jano’s white and red colors have deeper meanings, says Lelena Abebe, a Cultural Value Industry Development team leader in Gondar City Administration’s Culture and Tourism Department. According to him, the heroes – who unitedly sacrificed their lives for the sake of Ethiopia's independence with unwavering courage and bravery – are remembered in the Jano attire. The red represents their stream of blood while the white signifies their bones.

Lelena says Jano is originally a red pattern on white cloth but now the red pattern is increasingly being replaced by the green-yellow-red pattern of the Ethiopian flag. 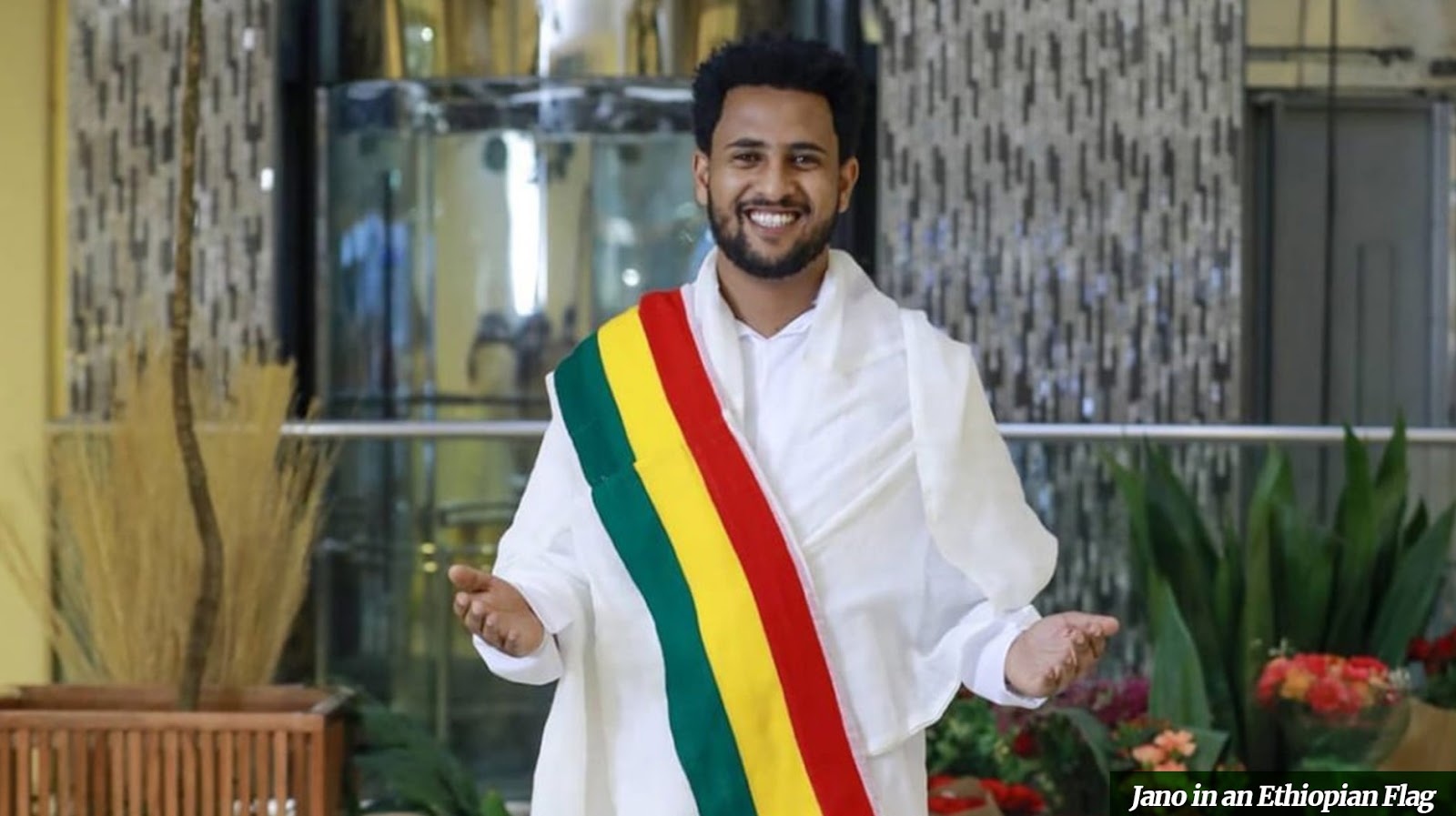 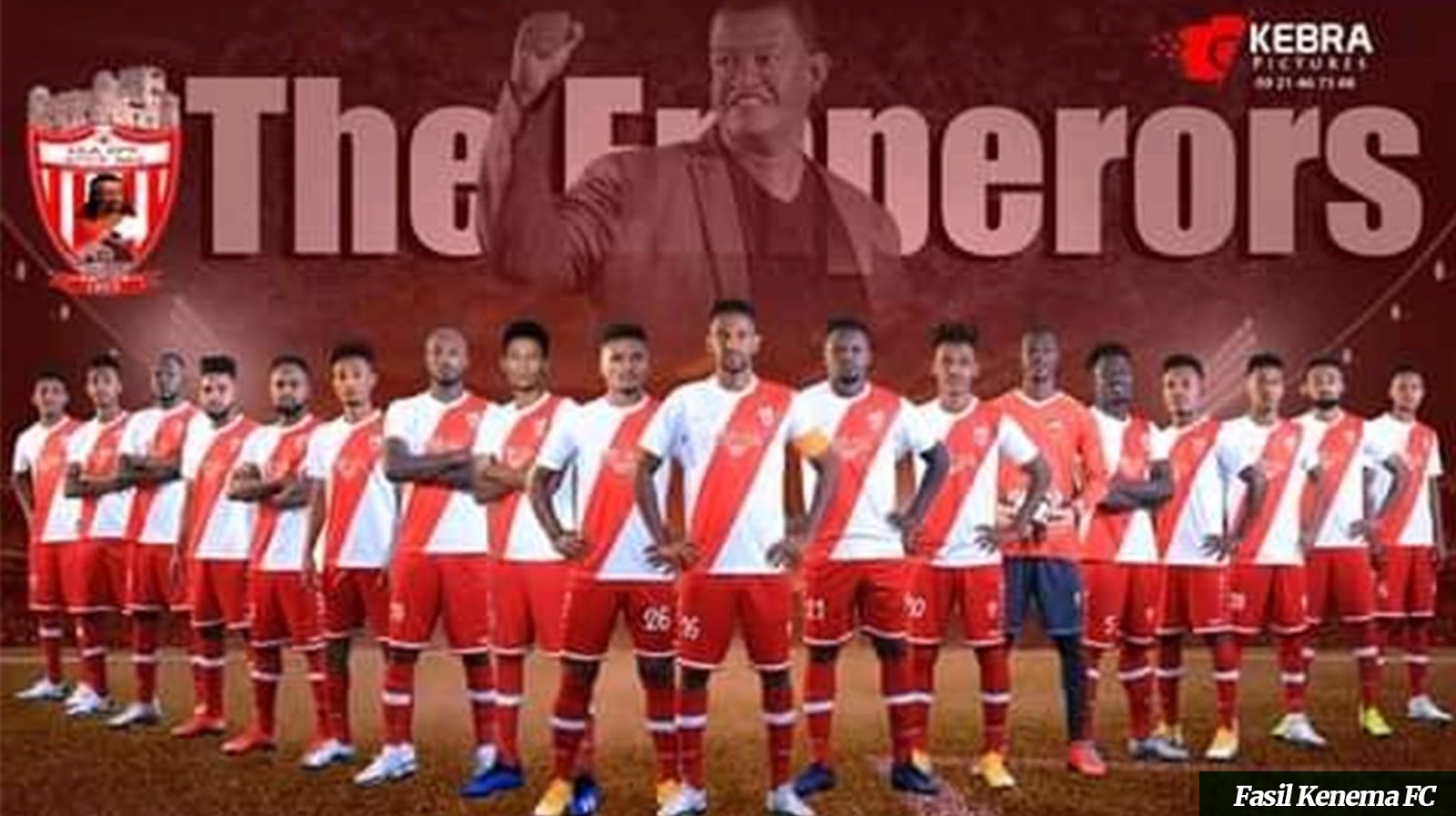 Jano is also the print for the Fasil Kenema football club’s shirt. This football club, dubbed ‘The Emperors’, is based in Gondar.

Lelena tells us that there are different styles of Jano dressing. The garb has its own set of rules and meanings. One can wear the red pattern on the left shoulder for casual days and holidays. Many actually prefer to wear the Jano on the left shoulder in order to make the right one free as most people are right-handed.

In the ancient times, warriors used to put the red pattern on their waist when they went into battle. The Jano, worn as a waistband, was used to wield weapons, such as swords or pistols. The warriors who put on red Jano on their waists were known to be royals whereas ordinary soldiers used white waistbands. 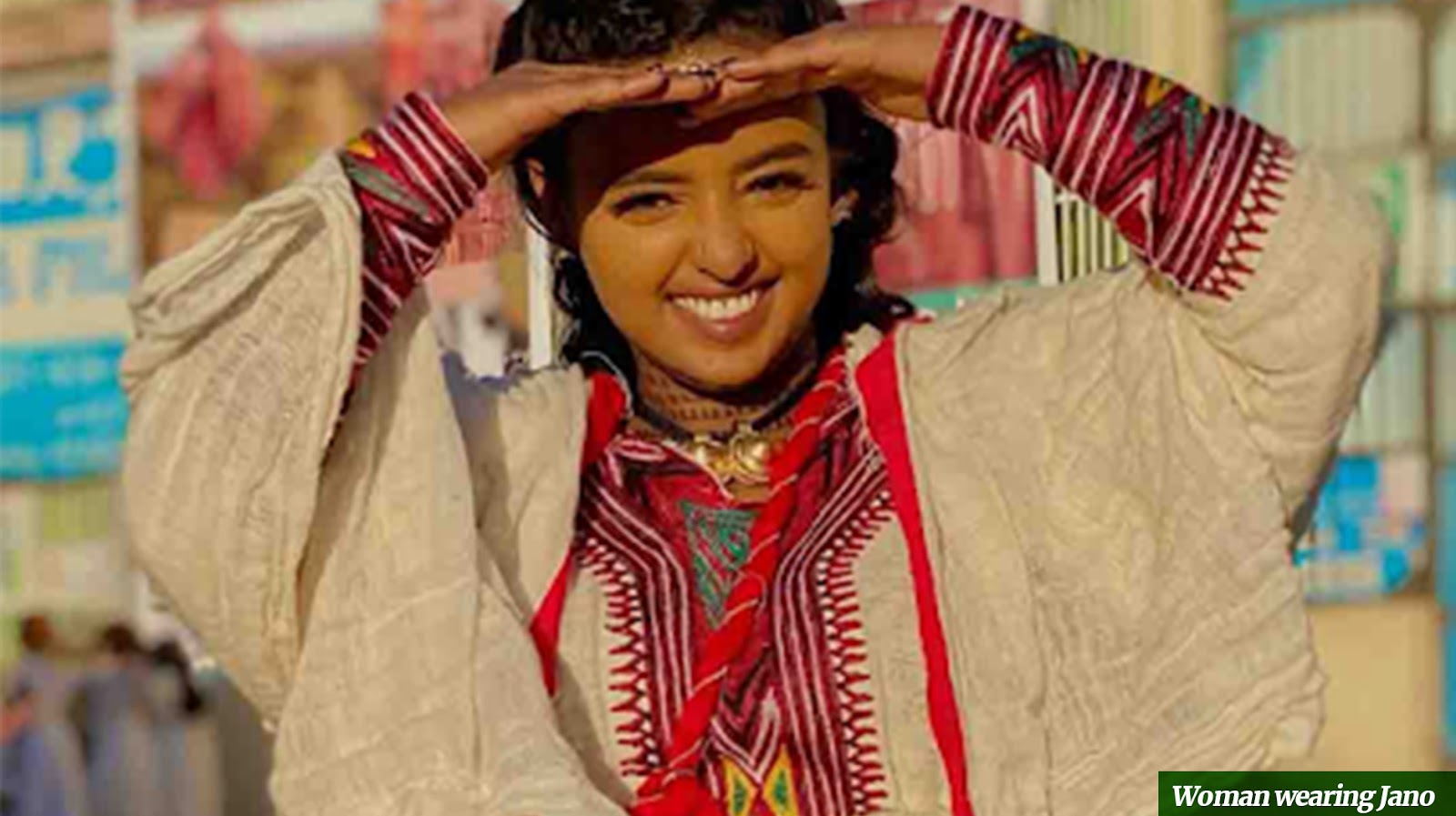 Women wear Jano on both shoulders making V-shaped straps. The red patterns can come down to their waist at the front.

Jano is also worn by the elders as a thick shawl called a gabi (ጋቢ). It is wrapped around the shoulders, covering the upper part of the body, especially during the winter.

The popular female attire in Gondar, apart from Jano, is the traditional dress commonly known as Ye Gondar Kemis (Gondar dresses). It is said that Empress Mentewab was the first to wear this dress. 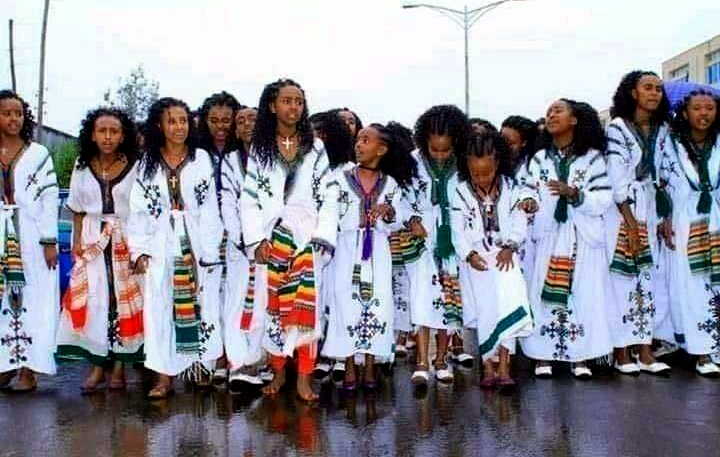 The most noticeable aspect on these dresses are the crosses sewn into the shoulders and chest. The other common thing is the intricate pattern embroidered at the front of the dress running from its top to bottom which is actually common in traditional dresses worn in other parts of Ethiopia too.

Father G/Tsadik G/Egziabher is a church minister living in Gondar. He said women put the pattern of the cross on their dresses in order to remember the pain and suffering of Jesus Christ. 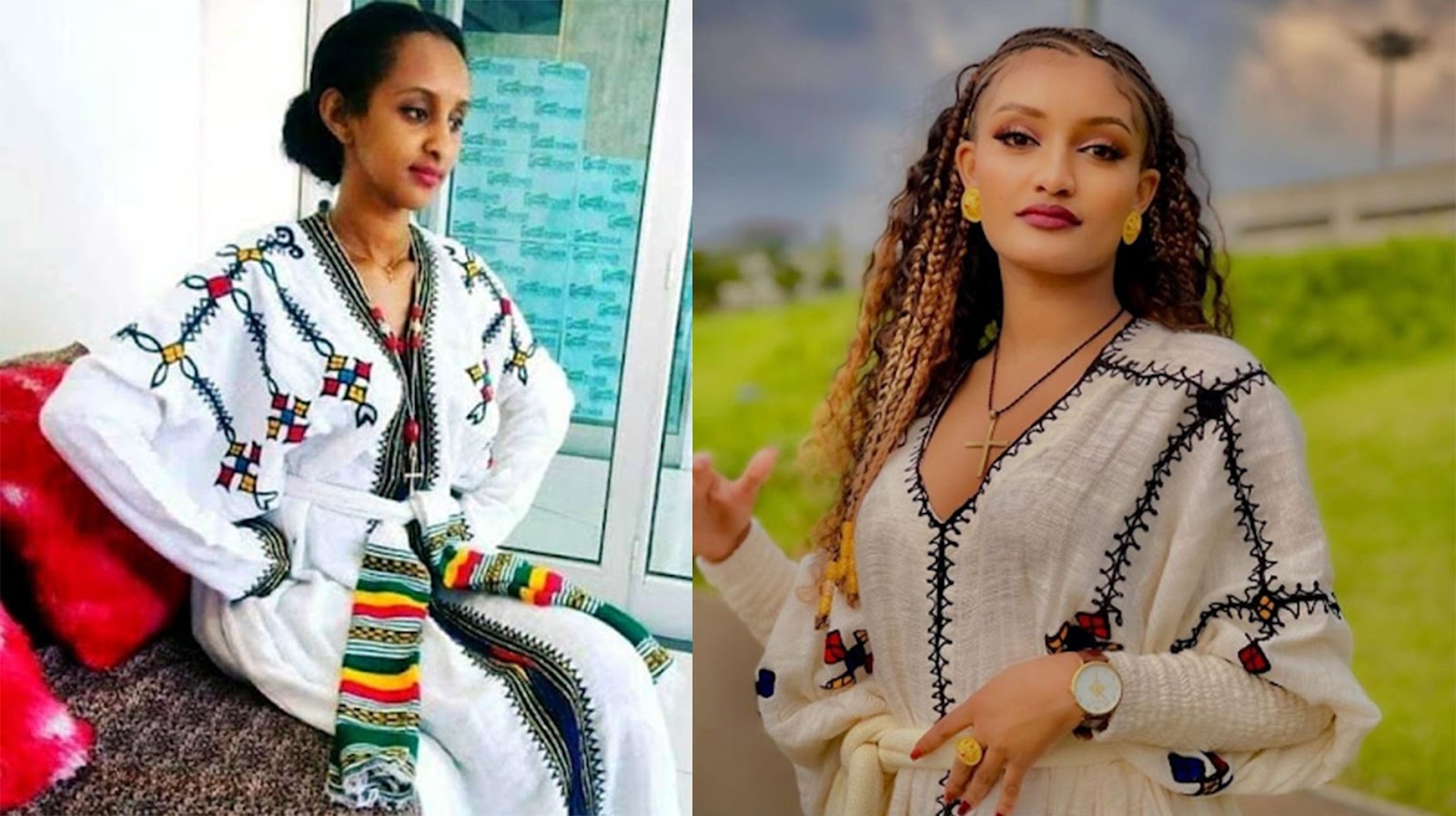 The dresses are different in style, also with a varied number of crosses. Adults or married women’s dress contains six crosses, three on one side and three on the other.

Unmarried girls also wear these traditional dresses with two small crosses on the left side and two on the right side. This sets it apart from the dresses worn by the married women.

Nowadays, it is common to wear the patterns in the form of flowers instead of crosses. This way, people who are not Christians can also wear the dress. Other different designs are also being introduced.

The Gondar traditional dresses, just like the ones in other parts of Ethiopia, are worn with a belt called mekenet (መቀነት). The belt has the seven colors of the rainbow at its tip.

When women wear these traditional clothes, it’s with the whole ‘ensemble’: the braid hair-do, called shuruba (ሹሩባ), and the jewelry. The embellishments of the dresses and the ladies’ hairstyle along with the jewelry create a unique combination. 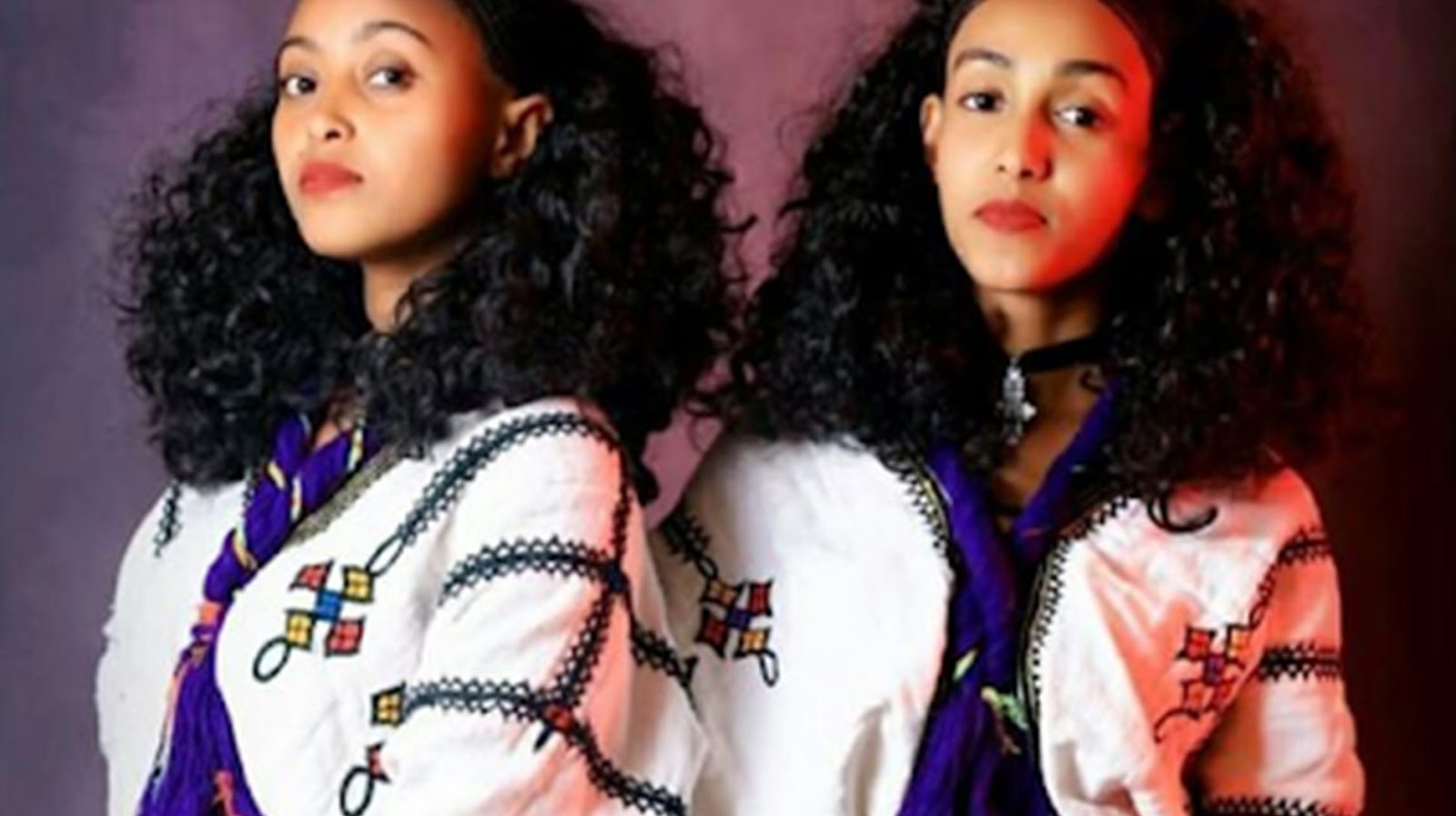 Among the jewelry worn by the ladies is the necklace called Shirb Dri (ሽርብ ድሪ). The ornament is made of purple silk threads, wrapped in a string of 30 rounds of silver thread, tied at the bottom.

The other piece of jewelry worn as necklace is called dinble (ድንብል). It’s a pendant made of a ring-shaped copper worn on a thick black thread. The pendant could also be made in the shape of the cross or flat circles. This is usually worn by children. In Gondar culture, something made of copper or silver is believed to have the power to ward off evil spirits.

The Ethiopian traditional clothes differ from place to place. These traditional clothes had ceased to be used as casual dresses. They have been worn for special occasions. However, there’s a revival of interest in wearing such clothes casually. And the Gondar dresses are among the trends favored by many at the moment.

OPINION
PREVIOUS ARTICLEMore than 400 antiretroviral drug users are missing after the conflict in Dessie
NEXT ARTICLEEthiopian army confides capacity to drive out Sudanese incursion on order, denies presence in recent skirmish